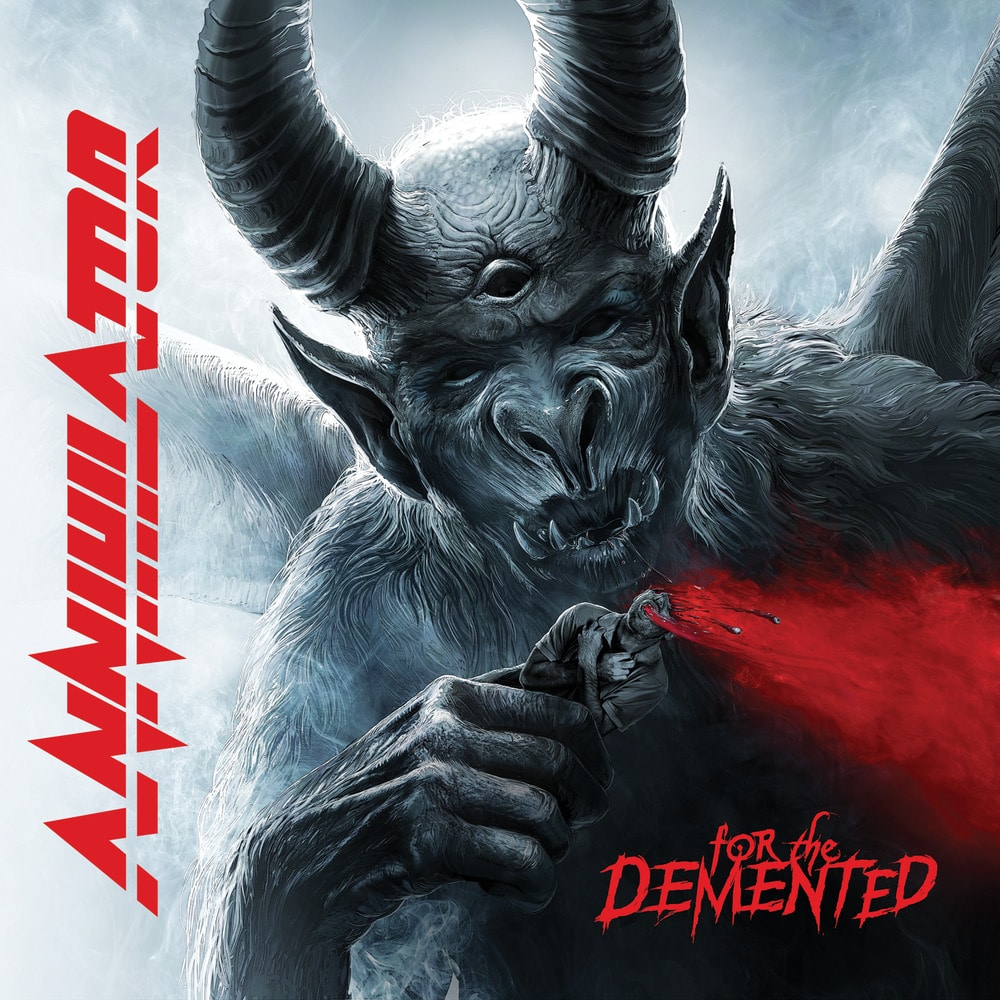 Available in MQA and 44.1 kHz / 24-bit AIFF, FLAC audio formats
Thrash/Heavy Metal Legends Annihilator release For The Demented, their 16th studio album. Since 1989, Canada’s Annihilator have not stopped putting out records and touring the world. Despite the ever-changing climate of the Metal World (and releasing a series of “different” Metal records with various lineups along the way), Jeff Waters and company have consistently delivered strong albums since the band’s debut Alice In Hell. The ‘under-the-radar’ influence of this band, and writer/guitarist/vocalist Jeff Waters, has been felt throughout the entire realm of the metal world by a ton of well-known musicians and bands; that influence even stretching into the hard rock and instrumentalist genre. Annihilator’s main man Jeff Waters, in his usual humble manner, offers this in response: “Annihilator’s music has been influenced by a good hundred of my favorite bands and musicians; you can hear their contributions to what I have been doing all throughout Annihilator’s catalogue. It’s a bonus and an honor when bands and musicians I love mention that I had something to do with their playing or songs!” Which all leads to the fact that Annihilator’s 16th studio release, For The Demented, is certainly their most complete and definitive statement yet. “It was time to analyze what a lot of fans over the years have kept telling me,” says Waters. “It was time to sit down and figure out “why” Annihilator’s early “thrash-meets-melodic” caught the ears of so many AND to try to sweep the “fan” part of my writing/playing/singing out the door and welcome back the mostly-original Waters writing that was to be the first four Annihilator albums.”
44.1 kHz / 24-bit PCM – Neverland Music Inc. Studio Masters