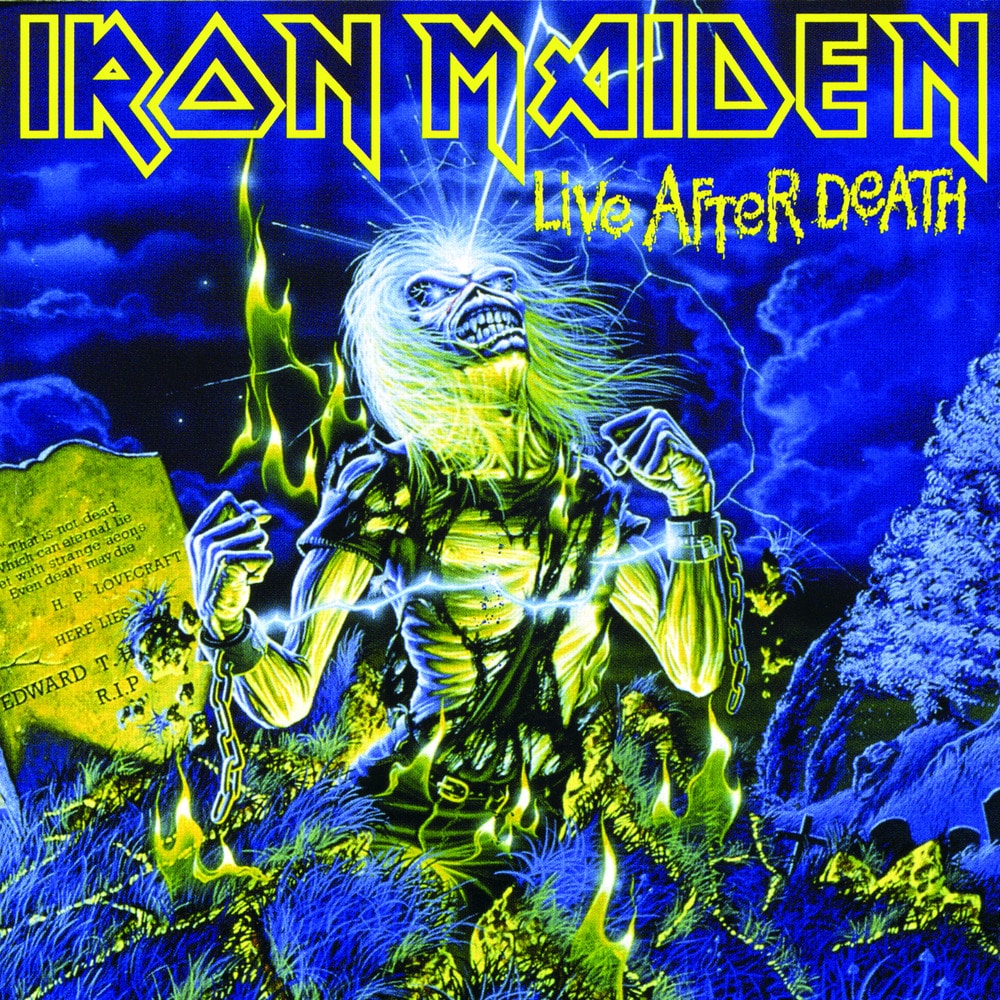 Available in MQA and 96 kHz / 24-bit AIFF, FLAC high resolution audio formats
Live After Death is a live album by English heavy metal band Iron Maiden, originally released in October 1985. It was recorded at Long Beach Arena, California and Hammersmith Odeon, London during the band's World Slavery Tour. Iron Maiden's World Slavery Tour began in Warsaw, Poland on 9 August 1984 and lasted 331 days, during which 187 concerts were performed To tie in with their 1984 album, Powerslave, the tour's stage show adhered to an ancient Egyptian theme, which was decorated with sarcophagi and Egyptian hieroglyphs, and mummified representations of the band's mascot, Eddie, in addition to numerous pyrotechnic effects. The theatricality of the stage show meant that it would become one of the band's most acclaimed tours, making it the perfect backdrop to their first live double album. Bassist Steve Harris has stated that, even if they had had the time, they would not have added any studio overdubbing to the soundtrack, stating that "we were really anti all that, anyway. We were very much, like, 'This has got to be totally live,' you know?"
96 kHz / 24-bit PCM – Sanctuary Records Studio Masters