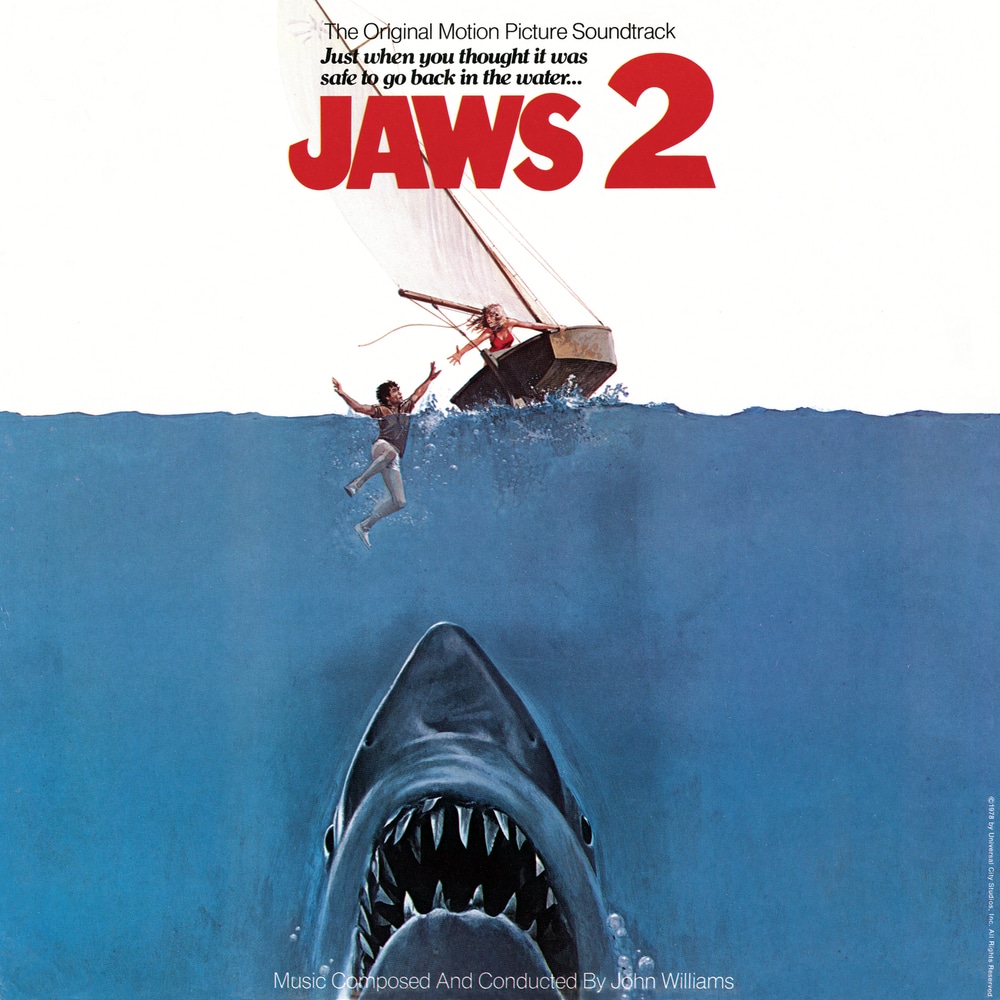 Available in 96 kHz / 24-bit AIFF, FLAC high resolution audio formats
"... a different beast than the original, musically. There’s a lot more on show here. The main theme is here, but it’s used very sparsely. The rest of the music is suspense and fun ..." - Soundtrack Geek "... a strong set of fresh and surprisingly optimistic new ideas from John Williams ... he actually succeeded in providing Jaws 2 with an interesting new sound while remaining loyal to the basic elements of the first score." - Filmtracks.com John Williams earned an Academy Award for his soundtrack to the first Jaws film and returned to compose the music for the sequel three years later, using a larger orchestra and more complex musical themes to convey the increased complexity of the second movie. Williams says the music was always considered "a member of the cast" essential to the story; of course he incorporates the iconic shark motif from the first film's soundtrack in this score.
96 kHz / 24-bit PCM – Geffen Studio Masters