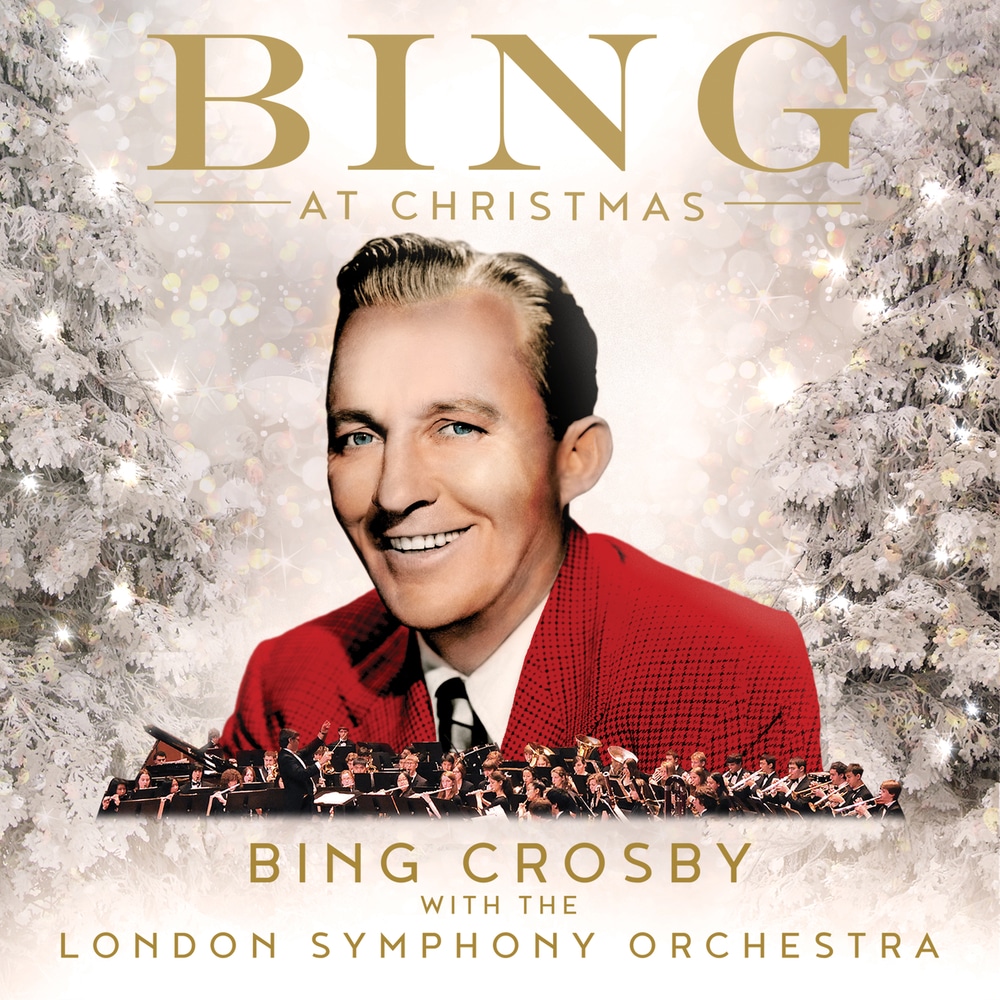 Available in 96 kHz / 24-bit AIFF, FLAC high resolution audio formats
On the October 14th anniversary of the untimely death of the world’s first ‘multimedia’ star Bing Crosby, his longtime record label, Decca, together with his widow Kathryn and their children – Harry, Mary and Nathaniel Crosby – announced the brand new album Bing At Christmas. Bing’s is The voice that is completely synonymous with Christmas. Now, Bing Crosby’s utterly distinctive original vocals are set to newly-recorded orchestral arrangements, performed by the UK’s most prestigious orchestra, The London Symphony Orchestra, on an album that breathes new life into the best Christmas songs in existence. This album gives the world the chance to hear these beloved tracks totally transformed, with today’s technical advances. Bing At Christmas has a unique sound and warmth that sets it apart from past Bing Crosby releases and was produced by Nick Patrick, who was behind the hugely successful Elvis Presley, Roy Orbison and Buddy Holly orchestral albums. Bing At Christmas features fourteen classic Bing Crosby Christmas songs including his biggest hit, the 1942 Decca recording of ‘White Christmas’. This track is not only the epitome of Christmas in song, but the world’s best-selling single. The release also features exquisite arrangements of ‘Winter Wonderland’, ‘It’s Beginning To Look A Lot Like Christmas’, ‘The Christmas Song’ and ‘Little Drummer Boy’, on which David Bowie joins in a duet recorded in September 1977, just a month before Bing died.
96 kHz / 24-bit PCM – Decca Studio Masters