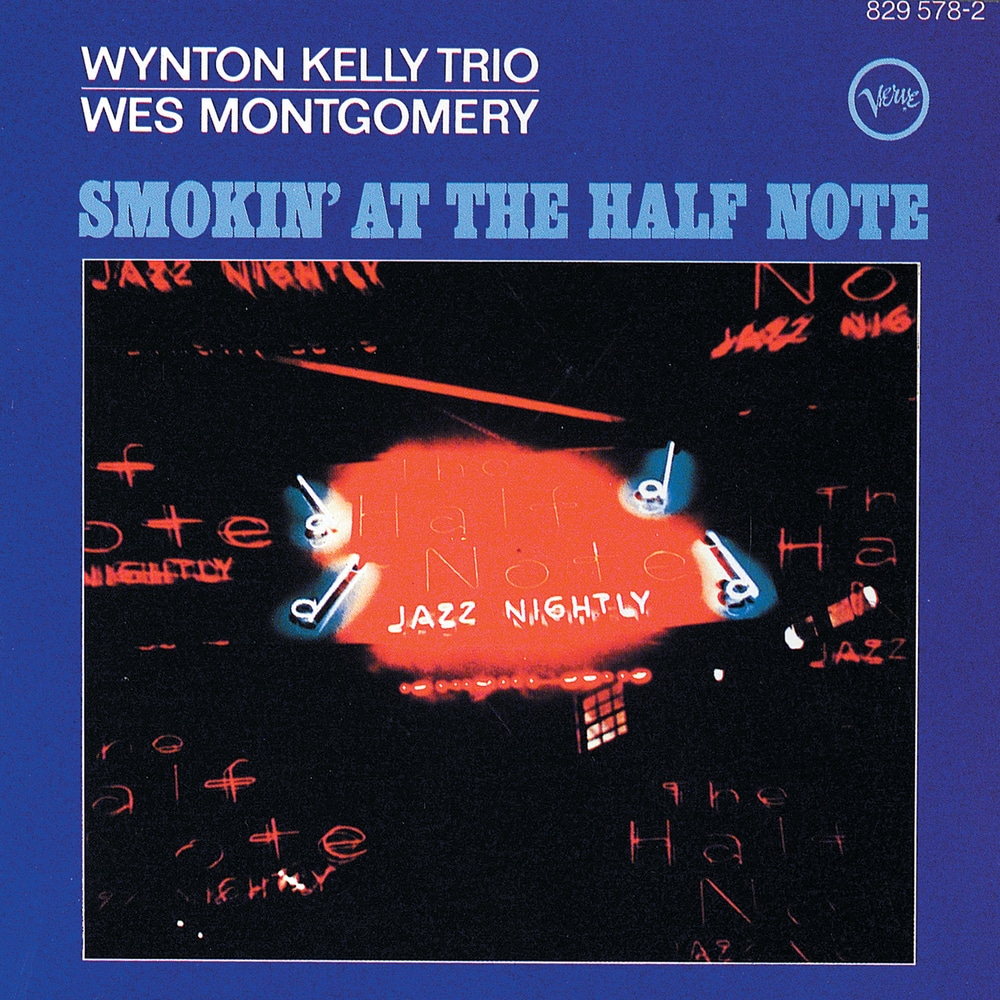 Smokin' At The Half Note

"It was in jazz where [Montgomery's] impact was most powerfully felt. His style and sound became the role-model for subsequent generations of guitar players and can be heard echoed in the playing of George Benson, Emily Remler, Bruce Forman, Pat Metheny, Mark Whitfield, Kevin Eubanks, and a host of others. These recordings go some way to illustrate why Montgomery turned the jazz world on its collective ear, the effects of which are still with us today."
- Stuart Nicolson (Jazz Institue of Chicago)

Smokin' at the Half Note is an album by Wes Montgomery and the Wynton Kelly Trio that was released in 1965. It was recorded live in June 1965 at the Half Note Club in New York City and September 22, 1965 at Van Gelder Studios in Englewood Cliffs, New Jersey. The album combines guitarist Montgomery with the Miles Davis rhythm section from 1959–1963 of Wynton Kelly, Paul Chambers, and Jimmy Cobb.
192 kHz / 24-bit, 96 kHz / 24-bit PCM – Verve Reissues Studio Masters