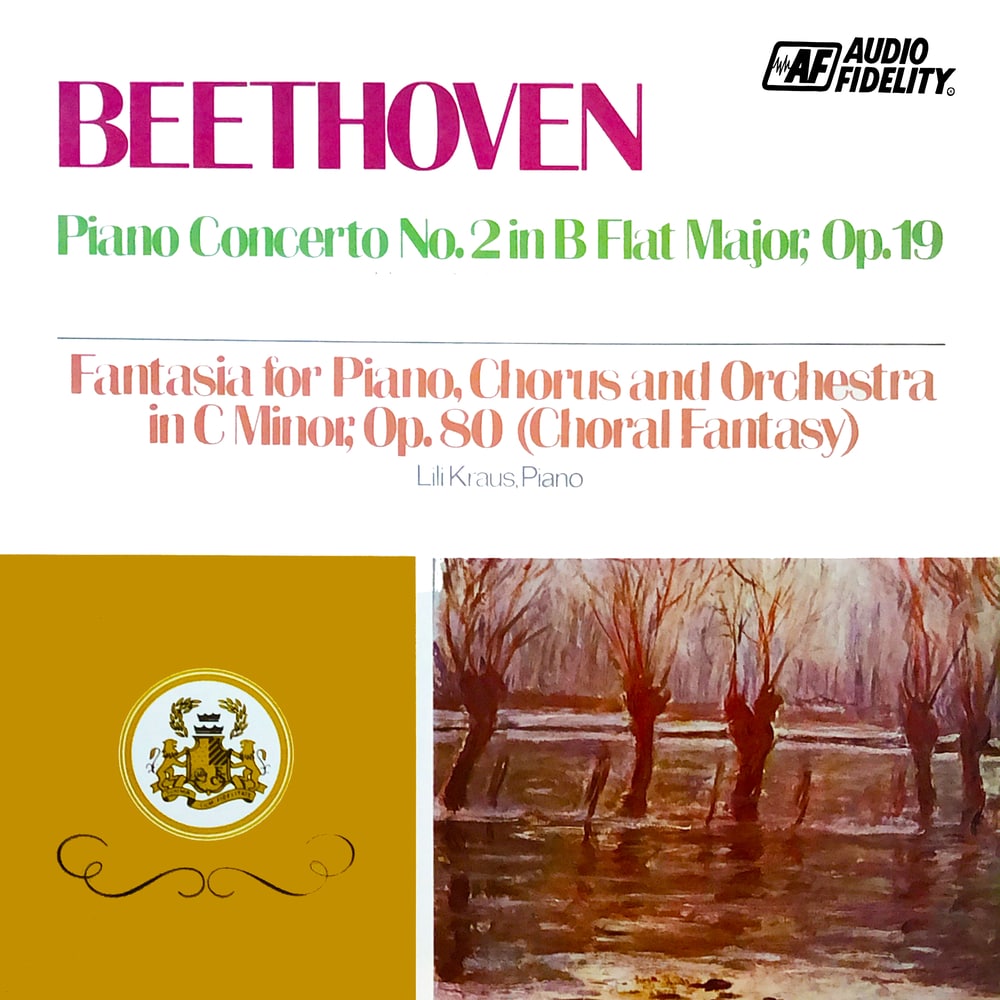 Available in 96 kHz / 24-bit AIFF, FLAC high resolution audio formats
The Piano Concerto No. 2 in B-flat major, Op. 19, by Ludwig van Beethoven was composed primarily between 1787 and 1789, although it did not attain the form in which it was published until 1795. Beethoven did write a second finale for it in 1798 for performance in Prague, but that is not the finale that was published. It was used by the composer as a vehicle for his own performances as a young virtuoso, initially intended with the Bonn Hofkapelle. The Fantasy (Fantasia) for piano, vocal soloists, chorus, and orchestra, Op. 80, usually called the Choral Fantasy, was composed in 1808 by Ludwig van Beethoven. Beethoven intended the Fantasy to serve as the concluding work for the benefit concert he put on for himself on 22 December 1808; the performers consisted of vocal soloists, chorus, an orchestra, and Beethoven himself as piano soloist. The Fantasy was designed to include all the participants in the program and thus unites all of these musical forces. The work is noted as a kind of forerunner to the later Ninth Symphony. The Nuremberg Symphony Orchestra is a German orchestra based in Nuremberg. Its principal concert venue is the Meistersingerhalle. The orchestra began in 1946 as the Franconia State Orchestra (Fränkisches Landesorchester), with Erich Kloss as its first chief conductor. In the early 1950s, the orchestra accrued international acclaim for their recordings of the sound tracks to Quo Vadis and Ben Hur by Miklós Rózsa. Lili Kraus was a Hungarian-born pianist. She enrolled at the Franz Liszt Academy of Music, and at the age of 17 entered the Budapest Conservatory where she studied with Zoltán Kodály, and Béla Bartók. Lili Kraus soon became known as a specialist in Mozart and Beethoven. Her early chamber music performances and recording with violinist Szymon Goldberg helped gain the critical acclaim that launched her international career.
96 kHz / 24-bit PCM – Audio Fidelity Studio Masters