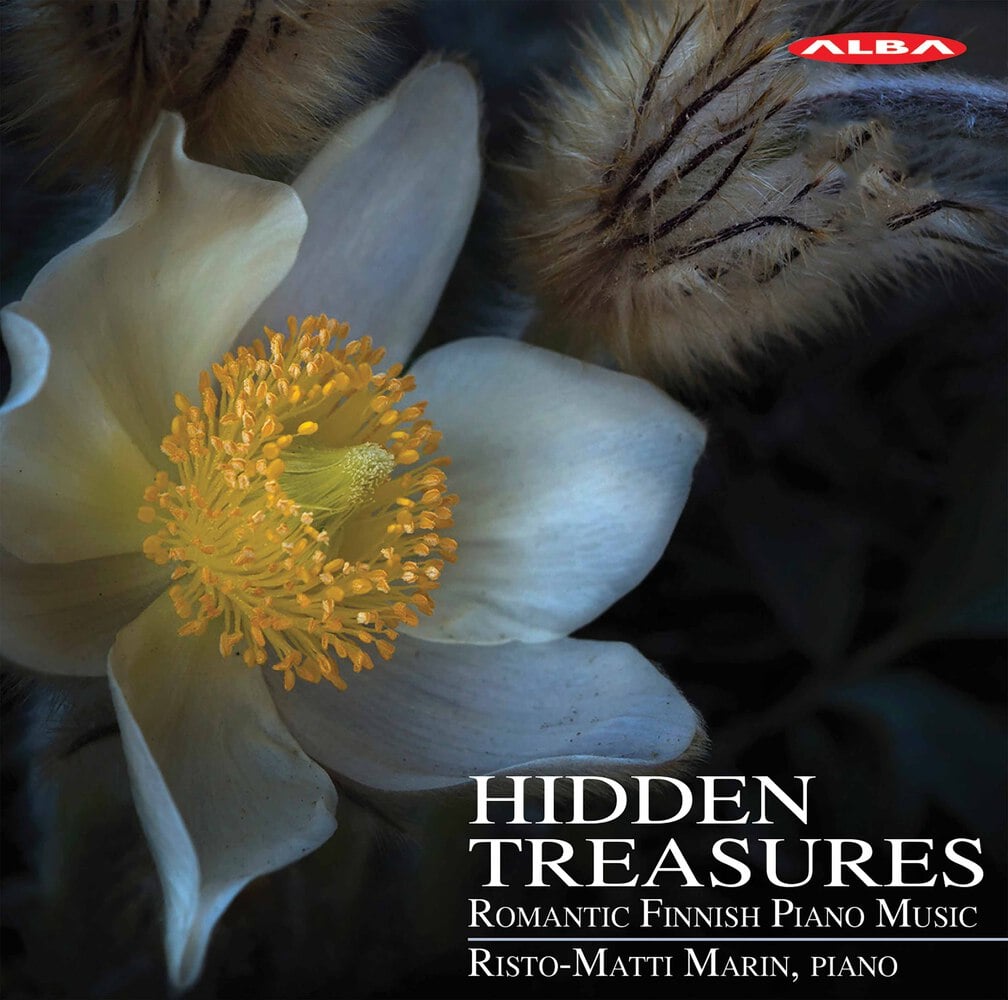 Available in 48 kHz / 24-bit AIFF, FLAC audio formats
For his new album, pianist Risto-Matti Marin has found true forgotten gems in romantic Finnish piano music! Particularly noteworthy are the monumental sonatas by Ilmari Hannikainen and Einari Marvia. Other composers include Sibelius's teachers Martin Wegelius and Richard Faltin, whose works exude the spirit of the golden age of Central European Romanticism. Sirkka Harjunmaa, once a student of Ilmari Hannikainen's, won the second prize at the 1947 Academic Cultural Competition with her fierce etude. Harjunmaa also has a wedding march on the album. None of the album's tracks have been previously released as commercial recordings. In addition to his internationally acclaimed solo recordings, Risto-Matti Marin (b. 1976) has performed on several chamber music records and made numerous radio recordings for the Finnish Broadcasting Company YLE. In addition, he has performed at most major Finnish music festivals. Marin received his PhD with an honorary mention at the Sibelius Academy in 2010. As well as giving concerts and recording, Marin also lectures on piano music and gives master classes around Finland. Many prominent Finnish contemporary composers composed their works for Marin. He has premiered as a soloist and together with saxophonist Olli-Pekka Tuomisalo numerous contemporary music pieces. In November 2017, Marin played Finland's premiere of Matthew Whittall's piano concert "Nameless Seas" as a soloist with the Radio Symphony Orchestra conducted by Olari Elts. Marin's "Sixth Sense", a contemporary music album released in 2018, was nominated for the Emma Classical Award (the Finnish Grammy).
48 kHz / 24-bit PCM – Alba Studio Masters