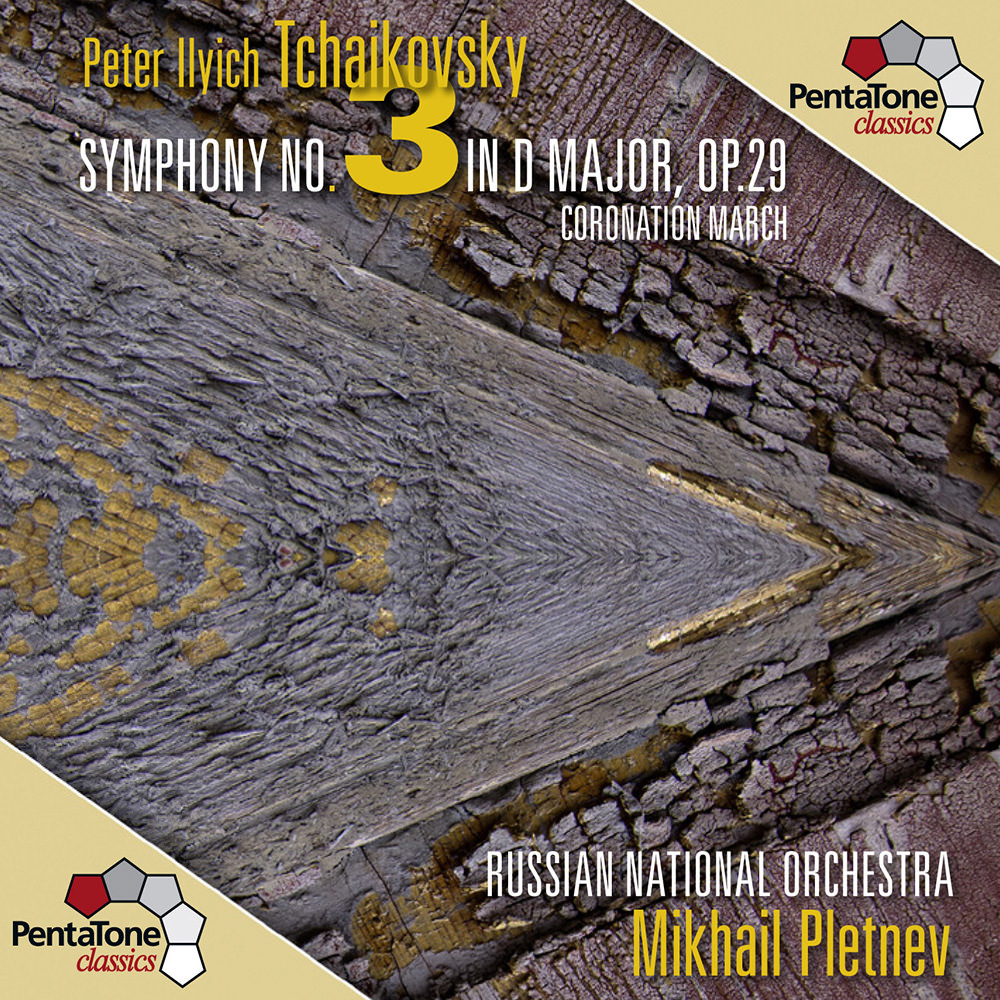 "... the symphony benefits from big, rock-solid sound ... this is one of the finer issues in Pletnev’s round of Tchaikovsky symphonies ... if you’ve been collecting Pletnev’s Tchaikovsky, you needn’t hesitate to get this latest release. It’s among the conductor’s best outings."
- Audiophile Audition

"... I can think of no better proponent than Pletnev. As with previous releases in this cycle, Pletnev has the Russian National Orchestra playing in top form ... he finds many felicities in the piece that delight the ear and give Tchaikovsky’s note-spinning a serenade-like gracefulness."
- Fanfare

While Tchaikovsky’s three final symphonies form an integral part of the modern concert repertoire, performances of his first three symphonies are still quite undeservedly rare. Conductor Mikhail Pletnev and the Russian National Orchestra shine some light on the Third Symphony on this album, part of their highly acclaimed Tchaikovsky series which proves that Pletnev has turned the RNO into an exceptional Tchaikovsky ensemble. The short piece Festival Coronation March completes the programme.
96 kHz / 24-bit PCM and 2.8224 MHz DSD – PentaTone Studio Masters