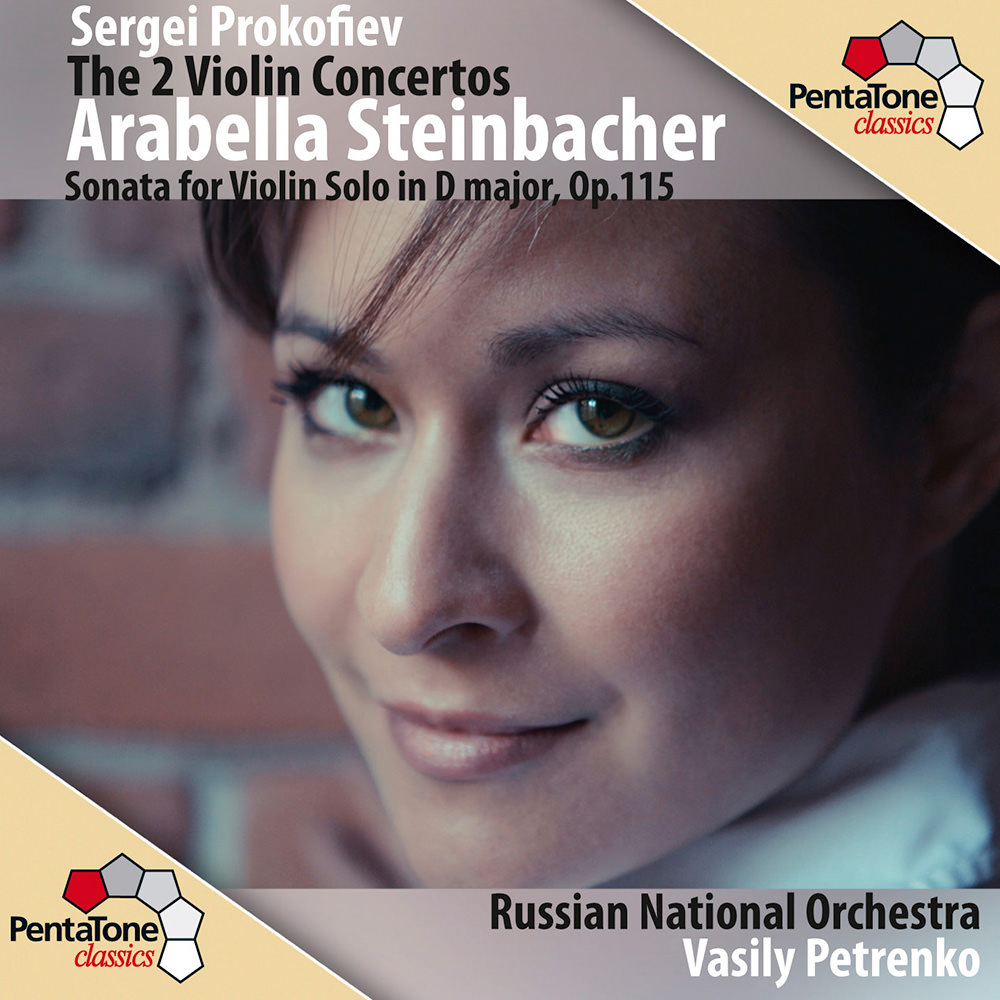 "Admirers of this gifted young artist will need no second bidding to acquire this recording of hers, for she plays all three works with love and affection ..."
- International Record Review

"Four Stars. Steinbacher shapes the glorious melody in the opening movement (of the First) with great tenderness and affection ... throughout the work there is a real sense of her interaction with conductor Vasily Petrenko and the highly responsive Russian National Orchestra."
- BBC Music Magazine

Violinist Arabella Steinbacher continues to release one dazzling performance after another; on this 2012 album she takes on both of Prokofiev's violin concertos, accompanied by Vasily Petrenko and the Russian National Orchestra, all recorded in typically superb PentaTone sound. Steinbacher completes the programme on her own, with the Sonata for Violin Solo.
96 kHz / 24-bit PCM and 2.8224 MHz DSD – PentaTone Studio Masters