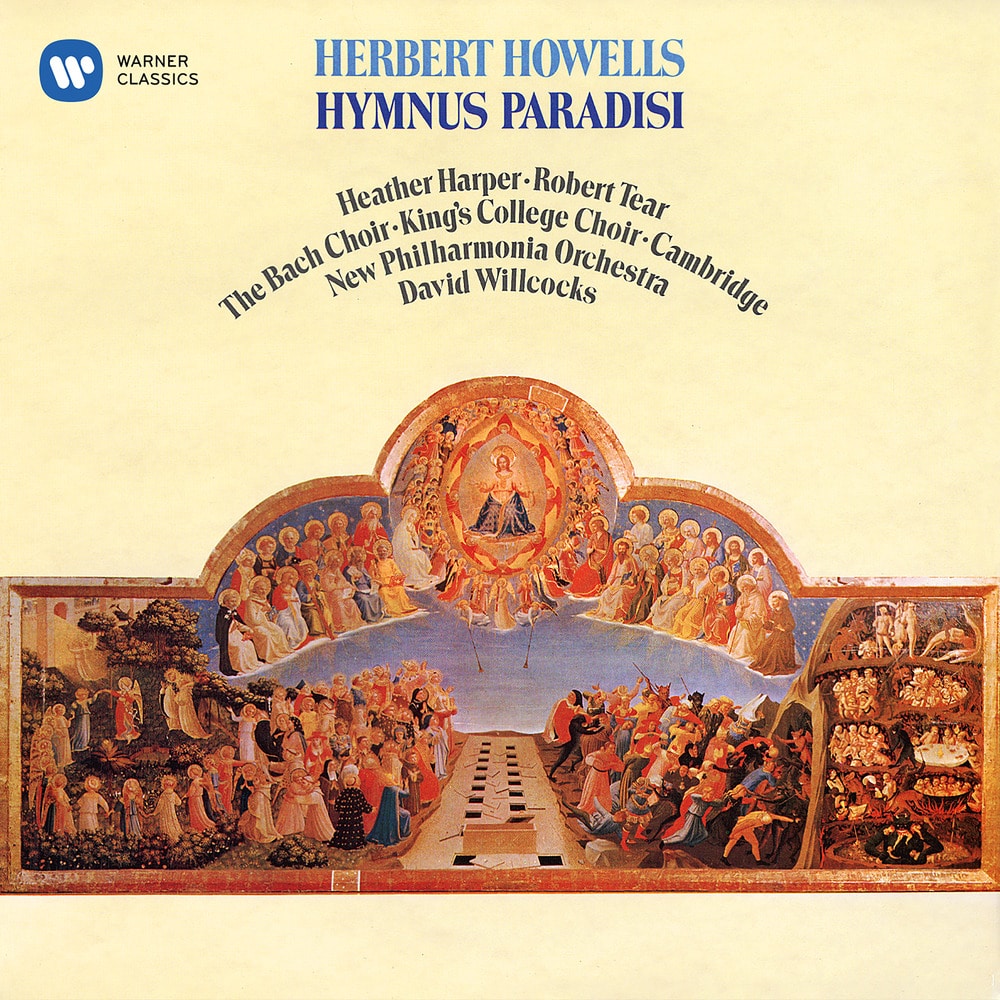 Sir David Willcocks conducts the Choir of King's College, Cambridge alongside the New Philharmonia Orchestra in this legacy recording of the Herbert Howells masterwork, "Hymnus Paradisi."

"Hymnus Paradisi" is a choral work by Herbert Howells for soprano and tenor soloists, mixed chorus, and orchestra. The work was inspired in part by the death from polio of his son Michael in 1935. Howells wrote the work from 1936 to 1938, drawing on material from the then-unpublished Requiem of 1932, but then retained the music privately, without public performance. Howells maintained later in life that Ralph Vaughan Williams convinced him to allow the work to be performed publicly at the Three Choirs Festival. However, his former pupil and biographer Paul Spicer contends that Howells first showed the music to Herbert Sumsion, organist of Gloucester Cathedral, who in turn showed it to Gerald Finzi, and that only after these two expressed their enthusiasm did Howells show the music to Vaughan Williams. The title 'Hymnus Paradisi' was suggested by Sumsion. The work received its successful premiere at the Festival in 1950.
192 kHz / 24-bit, 96 kHz / 24-bit PCM – Warner Classics Studio Masters