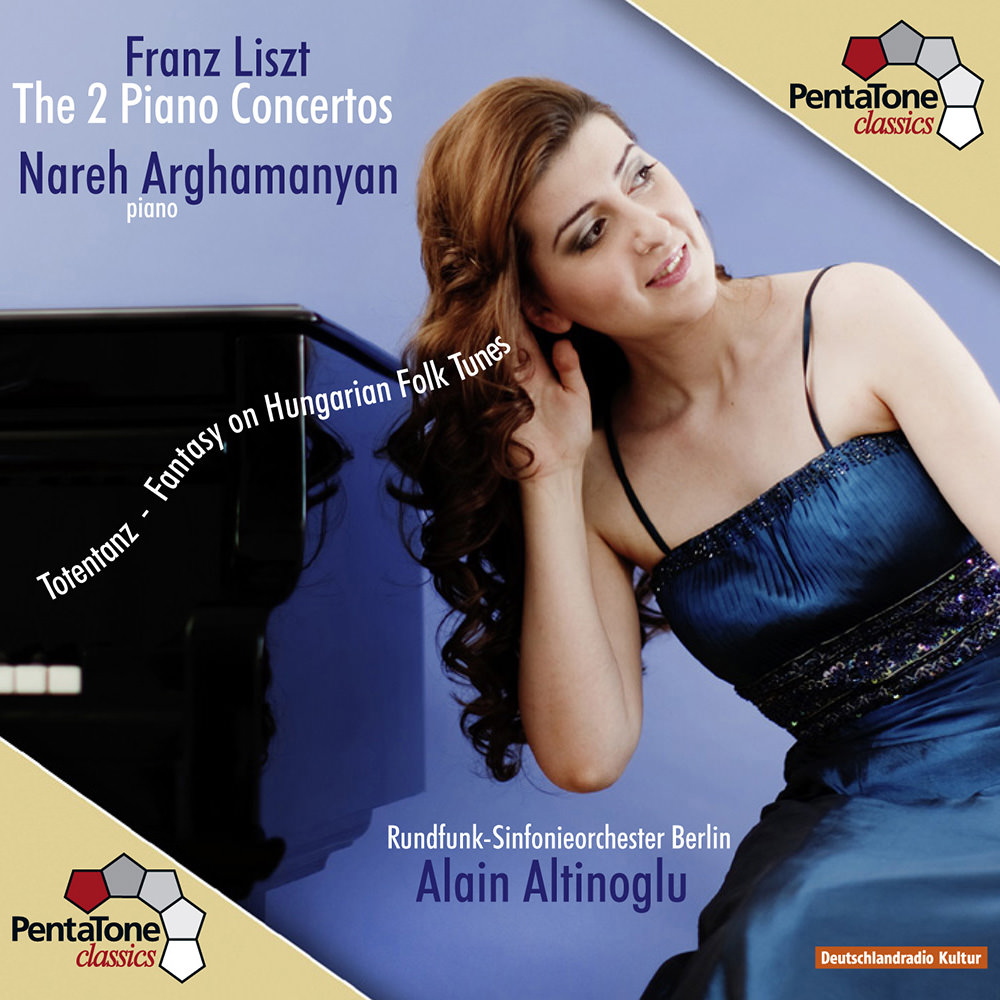 "Four Stars. Arghamanyan is at the top of her game, as is the splendid Berlin Radio Symphony Orchestra and their young conductor. PentaTone provides wondrous sound ..."
- Audiophile Audition

"The orchestra play convincingly throughout this disc demonstrating keen concentration and splendid musicianship. The orchestral colours are broad in range and spectacularly vivid."
- MusicWeb International

Armenian-born pianist Nareh Arghamanyan, admitted to the Vienna Conservatory at the age of 14 (the youngest ever!), earned glowing reviews in 2012 for her debut album, a Rachmaninov recital that ClassicsToday.com awarded 10 out of 10 and uses as a benchmark recording. Arghamanyan follows up that impressive debut with this release, an all-Liszt programme with the Berlin Radio Symphony Orchestra under Alain Altinoglu. In addition to the two piamo concertos, Arghamanyan presents Liszt's Totentanz and the Fantasia on Hungarian Folk Themes.
96 kHz / 24-bit PCM and 2.8224 MHz DSD – PentaTone Studio Masters