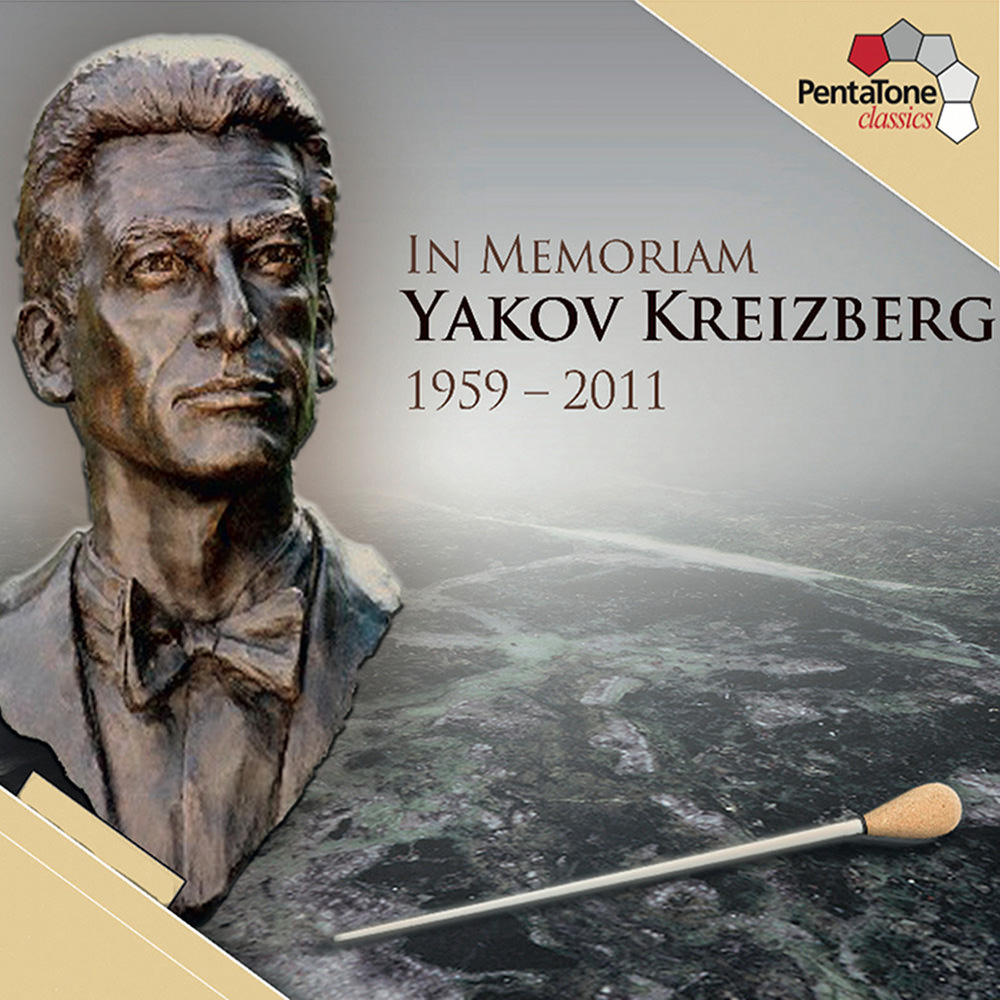 Available in 96 kHz / 24-bit AIFF, FLAC and 2.8224 MHz DSD high resolution audio formats
This collection drawn from Yakov Kreizberg's award-winning PentaTone albums pays tribute to one of the most interesting and exciting conductors of his generation. During his lifetime, Kreizberg conducted several of the major orchestras throughout Europe, North America and Asia. At the time of his death in 2011 he held the posts of Artistic and Music Director of the Orchestre Philharmonique de Monte-Carlo as well as Chief Conductor and Artistic Advisor of the Netherlands Philharmonic and Netherlands Chamber orchestras. The memorial album includes pieces he recorded with Julia Fischer and features works by Dvořák, Debussy, Wagner, Tchaikovsky and Khachaturian. "Music allows us to really find our inner self, to be free to search for those things that we normally don't have the opportunity or the time to search for. It opens up many, many doors within us. It opens the doors to our soul, to our feelings, to humanity as a whole." - Yakov Kreizberg
96 kHz / 24-bit PCM and 2.8224 MHz DSD – PentaTone Studio Masters