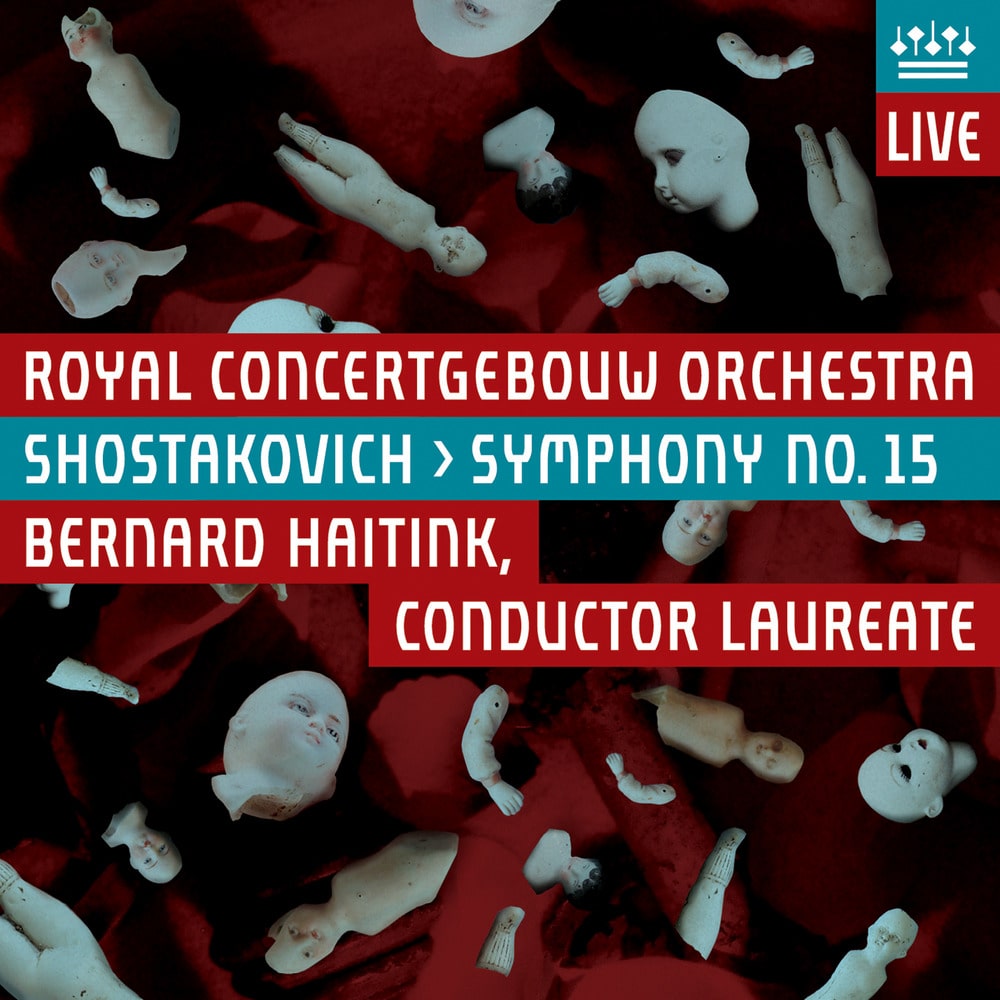 Available in MQA and 96 kHz / 24-bit AIFF, FLAC high resolution audio formats
All the concerts given by Bernard Haitink in his capacity as honorary conductor of the Royal Concertgebouw Orchestra each year are considered high points of the Amsterdam concert season. In March 2010, Haitink made a guest appearance with the orchestra conducting a programme featuring Brahms’s Violin Concerto (with Frank Peter Zimmermann as soloist) and Dmitry Shostakovich’s Fifteenth Symphony. The entire concert was televised live, and the audio recording of the Fifteenth Symphony is now presented here on this Super Audio CD release for the pleasure of music lovers everywhere. In the widely acclaimed Shostakovich cycle realised by Haitink conducting the Concertgebouw Orchestra and the London Philharmonic Orchestra in the 1970s, the Fifteenth Symphony was recorded by the LPO. Now nearly forty years later, the Royal Concertgebouw Orchestra, under the direction of its conductor laureate, is very proud indeed to add the present recording of Shostakovich’s swansong to its discography.
96 kHz / 24-bit PCM – Royal Concertgebouw Orchestra Studio Masters