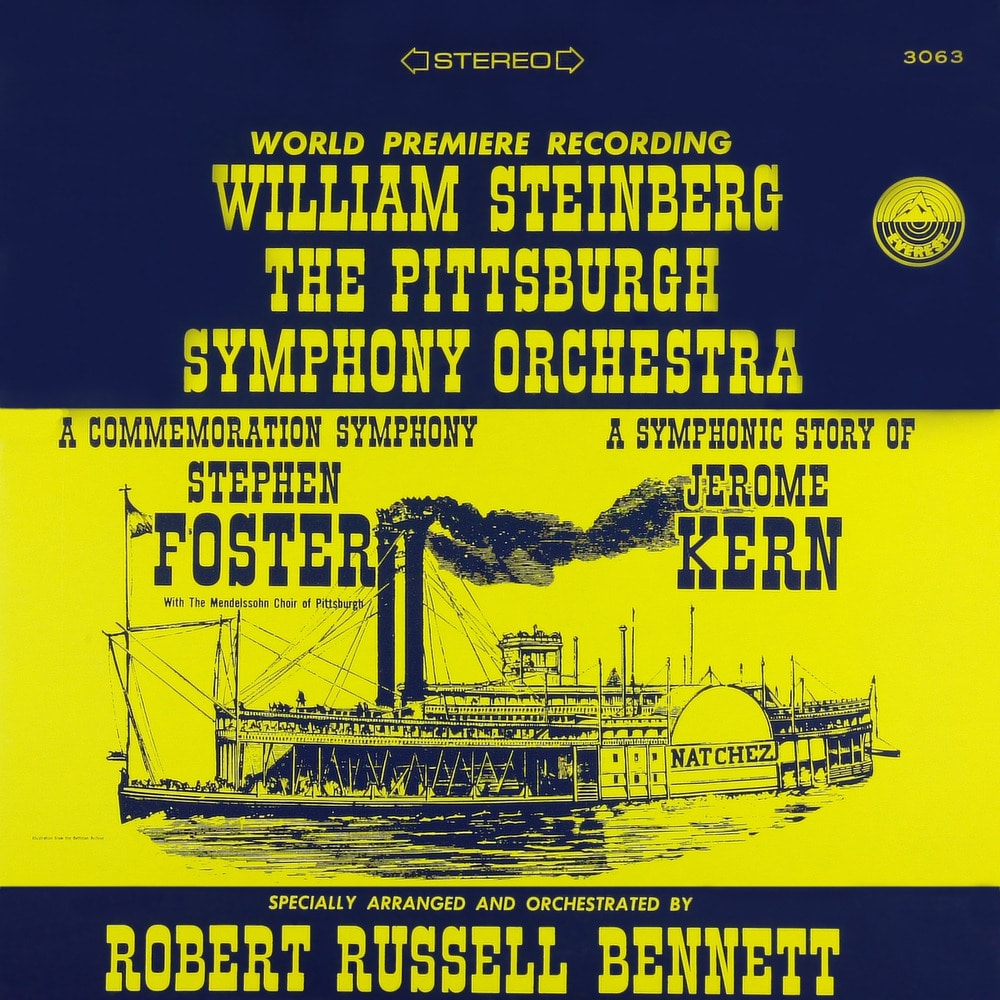 Bennett: A Commemoration Symphony to Stephen Foster & A Symphonic Story of Jerome Kern

Available in MQA and 192 kHz / 24-bit, 96 kHz / 24-bit AIFF, FLAC high resolution audio formats
American Composer Robert Russell Bennett's symphonic works are beautifully handled by the Pittsburgh Symphony Orchestra under the direction of William Steinberg in this stunning legacy recording. Bennett was perhaps best know for his orchestration of many well-known Broadway and Hollywood musicals by other composers such as Irving Berlin, George Gershwin, Jerome Kern, Cole Porter, and Richard Rodgers. Mastered from the original Everest Master Tapes, this series of releases from Countdown Media have been given new light and clarity through high-resolution digital transfer. "The Everest catalog is one of the truly historic and ground-breaking music catalogs of the past half century. Everest created a number of historical sonic and music benchmarks during its early history in the 1950’s and 60’s. Everest was one of only two labels (arguably the first, with the historic Mercury Living Presence to follow) to record in 3-channel stereo, mostly with the London Symphony, London Philharmonic, and New York Philharmonic (in the guise of the 'Stadium Symphony Orchestra' due to contractual obligations). Some of the famed conductors active during the middle of the century, including Leopold Stokowski, Sir Malcom Sargent and Sir Adrian Boult, were responsible for these ground-breaking recordings on 35mm video tape (also a landmark accomplishment which would hearken the arrival a decade later of the usage of 2” master tape for studio recording)." - Lutz Rippe (Countdown Media)
192 kHz / 24-bit, 96 kHz / 24-bit PCM – Everest Studio Masters