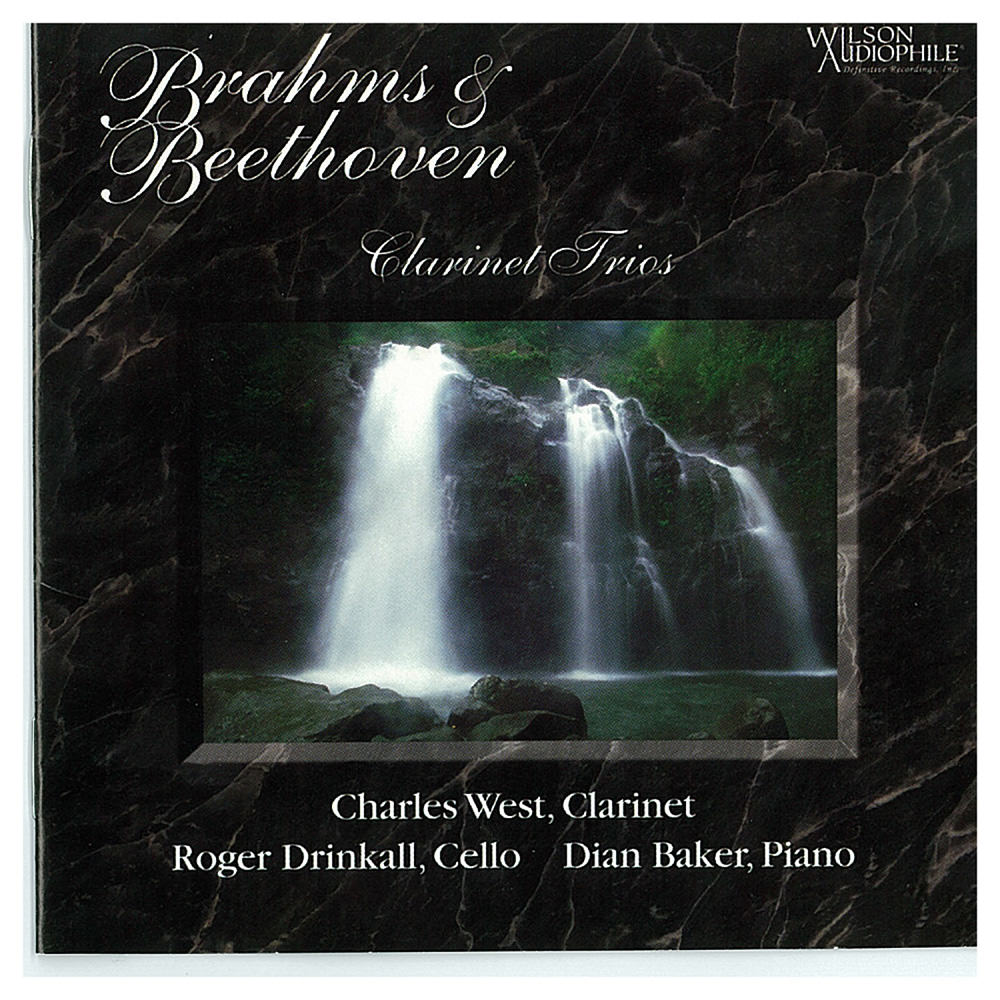 This recording of clarinet trios from March 1995 brings together acclaimed solo clarinetist Charles West with cellist Roger Drinkall and pianist Dian Baker of the Drinkall-Baker Duo. The performance was captured at Maurice Abravanel Hall in Salt Lake City, Utah, a venue known for its clean acoustics, linear reverberation and midrange focus. As on most other Wilson Audiophile chamber recordings, the perspective is close and the engineers have created an illusion that the musicians are right there in your listening room. The cello is positioned in front of the piano, to the right of centre, facing the front of the soundstage. The image of the cello is rather large and can be heard moving slightly as Drinkall plays.
176.4 kHz / 24-bit, 88.2 kHz / 24-bit PCM and 2.8224 MHz DSD – Wilson Audiophile Recordings Studio Masters

Each master tape was inspected, cleaned and treated with Last #9 and #10 preservatives. All of the master tapes were baked to reformulate the binding. This was done in an incubator at 135 degrees and then they were left to cool back down to room temperature. All splices were inspected and repaired, if necessary.

Each master tape was stored by Wilson Audiophile “tails-out” in which Puget Sound Studios did a library wind to the take-up reel. All levels were set according to included EQ sheets and each 1 kHz tone was further set at precisely 1 kHz, via a custom varispeed adjustment. This provided the exact speed the master tapes were recorded at.

A total of five different analogue-to-digital converters were used to provide samples for the Wilsons to evaluate. Ultimately an EMM Labs ADC-8 Mk IV, custom modified by Andreas Koch, was chosen by Dave and Daryl Wilson for the transfers from the UltraMaster using the original master tapes into a Sonoma DSD workstation for capture and editing. Monitoring from the Sonoma DSD workstation was routed though a modified Playback Designs MPS-5 via USB-X with Light Harmonic USB cable. All DSD files were transferred into a Merging Technologies Pyramix DSD/DXD Masscore workstation for sample rate conversion, format conversion and metadata tagging. The Pyramix Hepta filter was used for conversion to PCM. Files were then listened to for quality assurance.

Description of the equipment used in the Provo, Utah “Wilson Music Room” that Wilson Audiophile Recordings, LLC put to use for sonic evaluation: