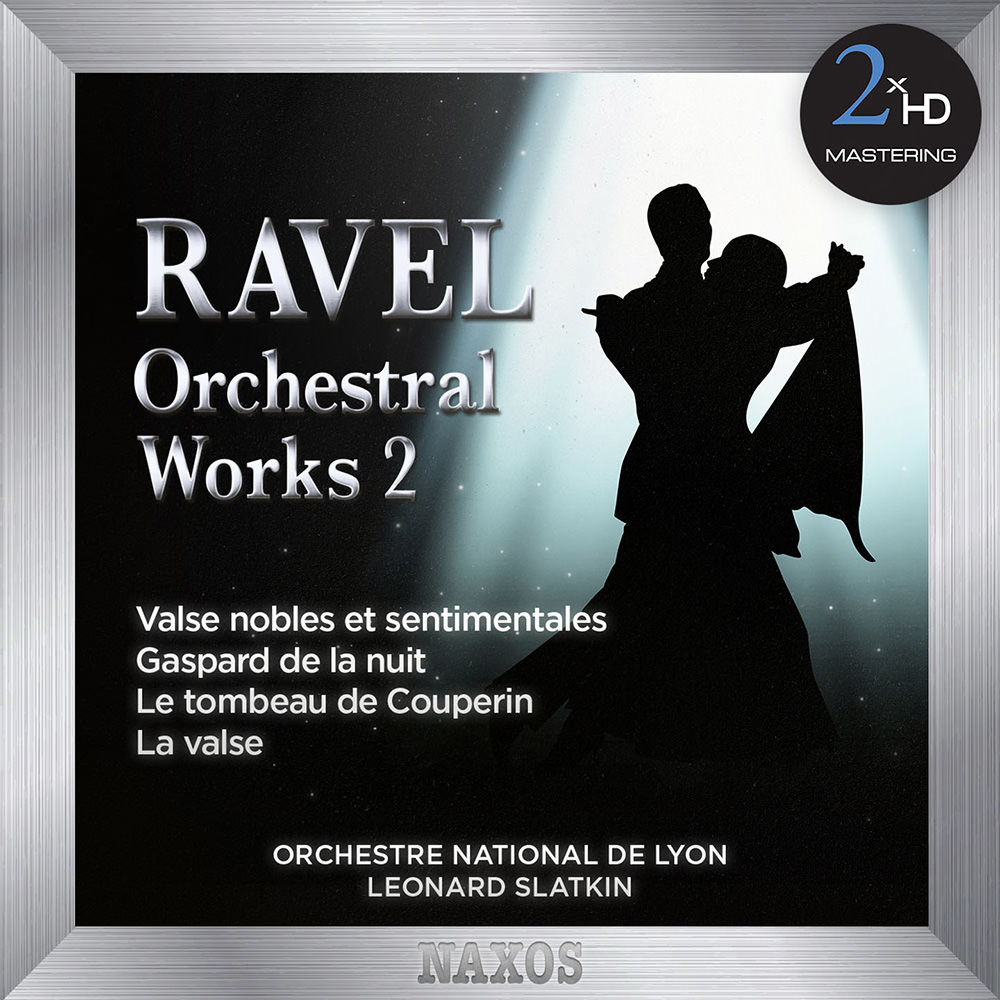 "Four Stars. This is very clever programming ... a splendidly characterized La valse, the lusciousness and glitter of the opening dance captured as much as the grisly build-up to its final horrifying climax."
- BBC Music Magazine

"... (Slatkin) shows real empathy with this magical repertoire and he draws playing of uncommon composure and contagious application from his scrupulously prepared Lyons band ... sound is commendably truthful and wide-ranging."
- Gramophone

This album was mastered using our 2xHD proprietary system. In order to achieve the most accurate reproduction of the original recording we tailor our process specifically for each project, using a selection from our pool of state-of-the-art audiophile components and connectors. The process begins with a transfer to analog from the original 24bits/96kHz resolution master, using cutting edge D/A converters. The analog signal is then sent through a hi-end tube pre-amplifier before being recorded directly in DXD using the dCS905 A/D and the dCS Vivaldi Clock. All connections used in the process are made of OCC silver cable.
DSD and PCM versions are separately generated, directly from the analog signal.