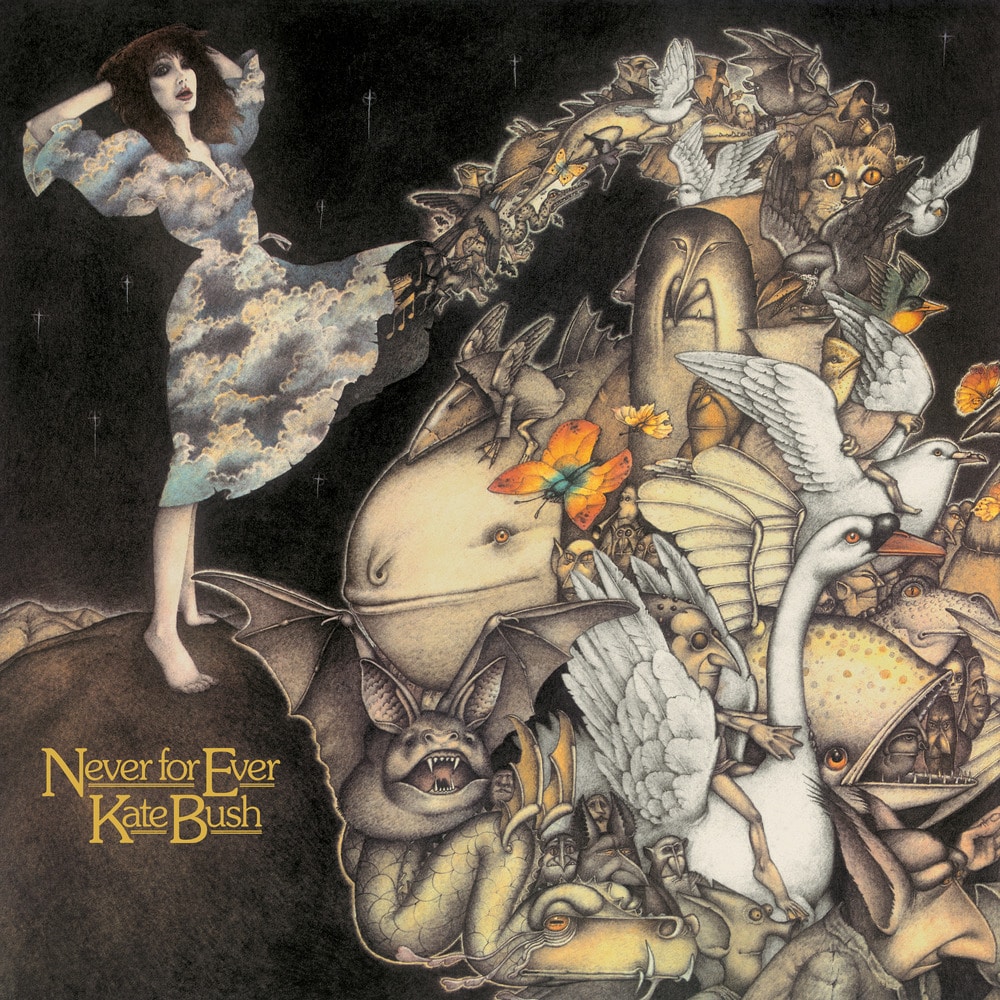 Available in MQA and 44.1 kHz / 24-bit AIFF, FLAC audio formats
Never for Ever is the third studio album by English singer-songwriter Kate Bush. Released in September 1980, it was Bush's first number 1 album and was also the first ever album by a British female solo artist to top the UK album chart, as well as being the first album by any female solo artist to enter the chart at number 1. Beginning production after her 1979 tour, Never for Ever was Bush's second foray into production (her first was for the On Stage EP the previous year), aided by the engineer of Lionheart (1978), Jon Kelly. Bush was keen to start producing her work and felt that this was the first album she was happy with, since it was more personal. The first two albums had resulted in a particular sound, which was evident in every track, with lush orchestral arrangements supporting the live band sound. The range of styles on Never for Ever is much more diverse, veering from the straightforward rocker "Violin" to the wistful waltz of hit single "Army Dreamers". Never for Ever was the first Kate Bush album to feature digital synthesizers and drum machines, in particular the Fairlight CMI, which was programmed by Richard James Burgess and John L. Walters. Like her previous two albums, it was initially composed on piano.
44.1 kHz / 24-bit PCM – Rhino Studio Masters