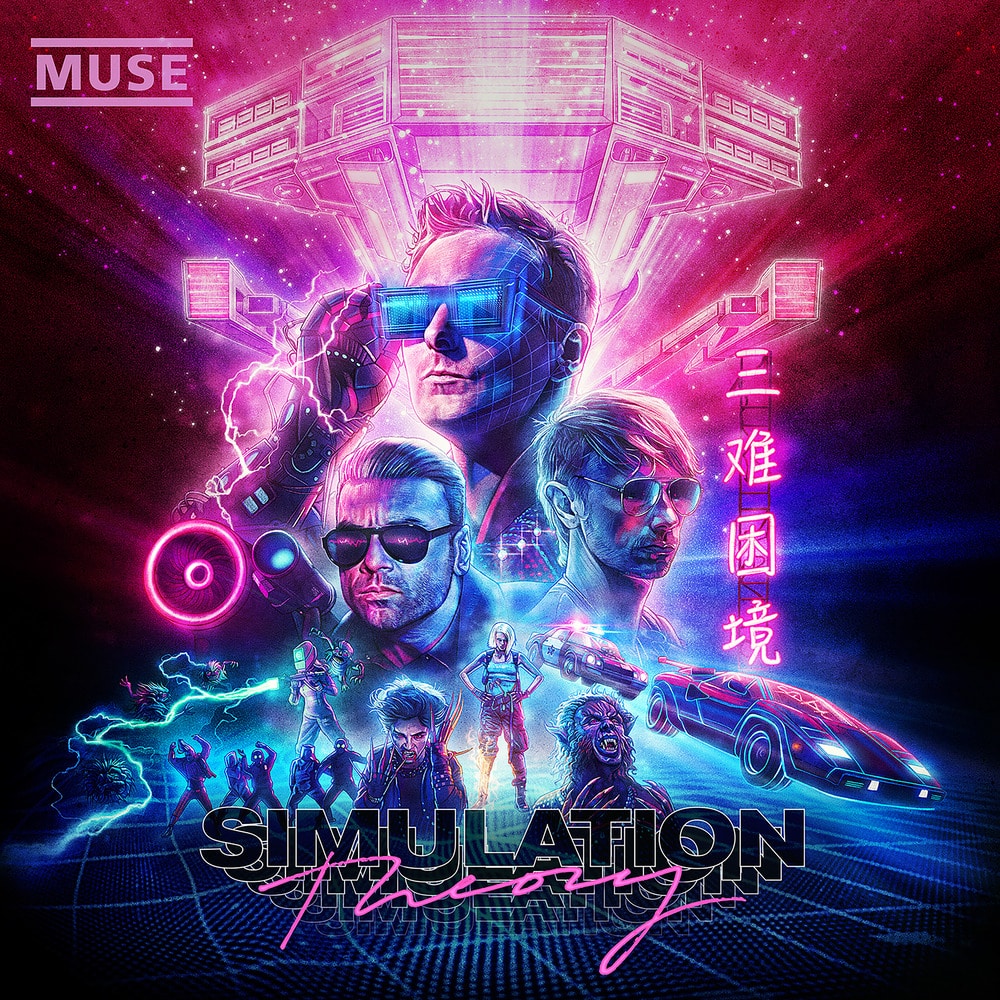 Available in MQA and 96 kHz / 24-bit AIFF, FLAC high resolution audio formats
"On their eighth album, the trio again pivot to the present, using current affairs, pop culture tropes, and contemporary electronics to aim for Spotify omnipotence ... [Simulation Theory is] Muse’s most approachable and most ruthlessly broad record yet." - Pitchfork Simulation Theory is the eighth studio album by English rock band Muse. Muse co-produced the album with Rich Costey, Mike Elizondo, Shellback, and Timbaland. Following the darker themes of Muse's prior albums, Simulation Theory incorporates lighter influences from science fiction and 1980s pop culture, with extensive use of synthesizers. The contemporary political climate of the United States informed the lyrics. Rather than working on the album as a whole, Muse focused on recording a single track at a time. Recording began at AIR Studios in London in early 2017 with Elizondo, before embarking on a tour of North America. Production restarted in Los Angeles in late 2017 with Costey, who previously produced Muse's albums Absolution (2003) and Black Holes and Revelations (2006).
96 kHz / 24-bit PCM – Warner Records Studio Masters