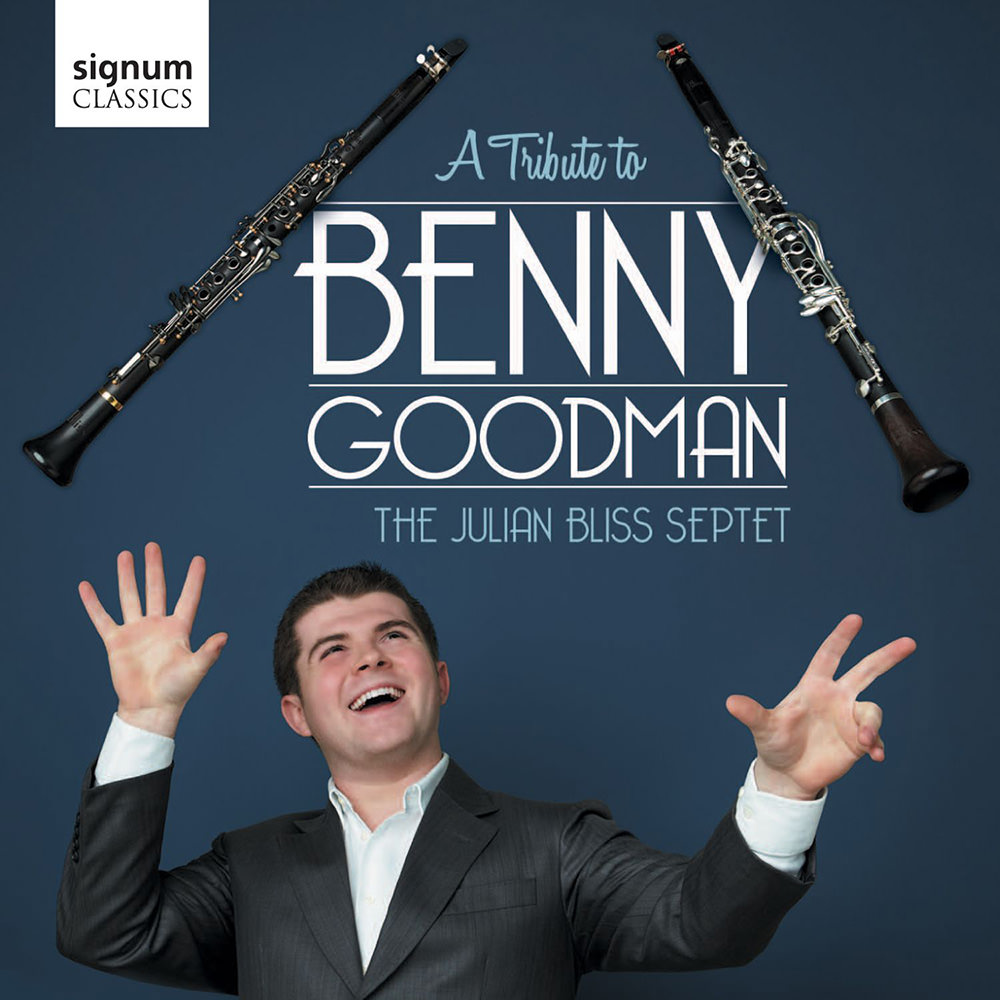 A Tribute to Benny Goodman

Available in 44.1 kHz / 24-bit AIFF, FLAC audio formats
"... celebrates not only the virtuoso pioneer of American swing music but captures the vibrant joy of a simple unadorned melody played with feeling and conviction." - CriticalJazz.com "... Bliss is capable of swinging mightily and adapting his formidable technique to the task at hand. Good music is timeless, especially when played with such enthusiasm and flair." - JazzTimes.com Recreating the exciting sound of swing from the 1930s and 1940s, renowned classical clarinetist Julian Bliss leads his sextet through some of the great tunes of the swing era, faithful to the authentic feel but with a modern twist and dynamic virtuosity. Bliss says he became enamored with the performances of Benny Goodman at the age of seven and in 2010 formed a group to perform Goodman’s music. "We spent months listening to every version of each tune we could find and putting together our own versions while still being mindful of the light and fun feel Goodman captured all those years ago." - Julian Bliss
44.1 kHz / 24-bit PCM – Signum Records Studio Masters