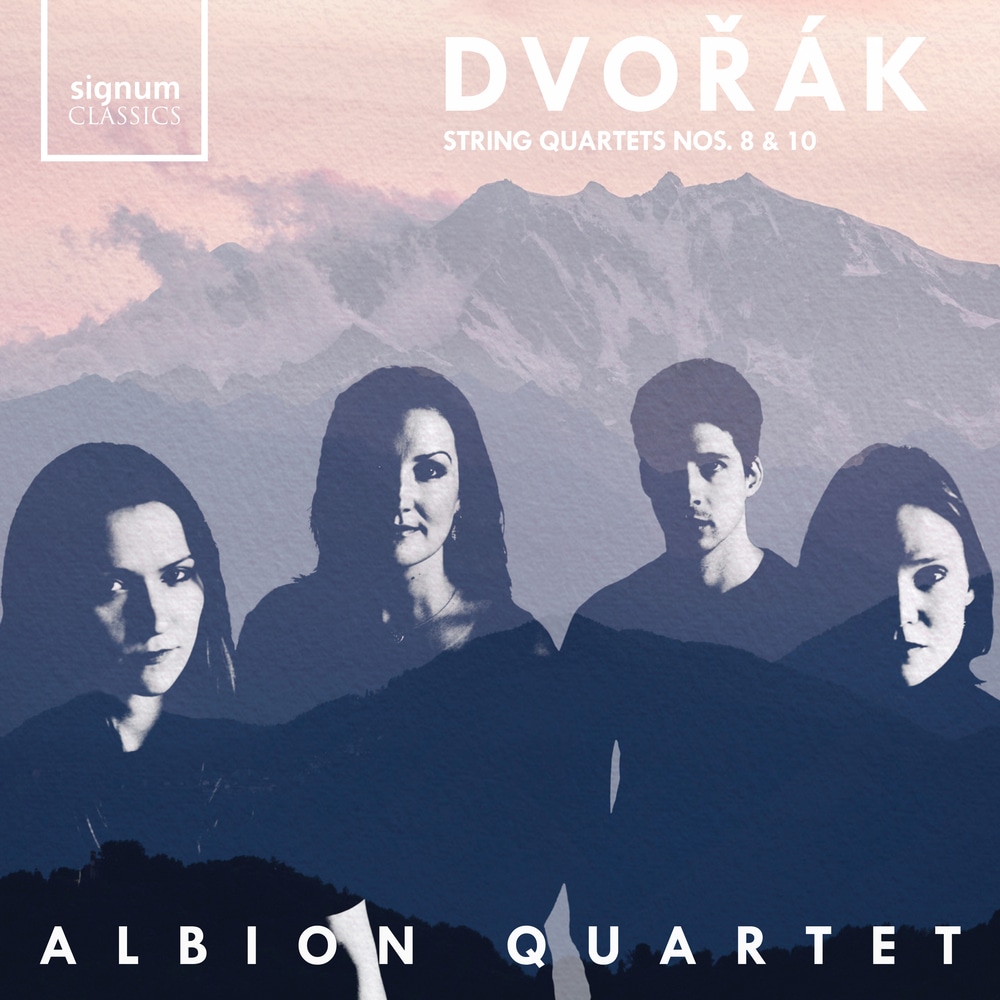 The Albion Quartet continue their Dvořák series with Signum. This is their second release on the label, featuring Dvořák’s 8th & 10th string quartets.

Formed in 2016, the Albion Quartet unites four outstanding young string players, brought together by a shared belief in the visceral power of the string quartet. Recent engagements from the 2017-18 season included performances at the Louvre in Paris, Concertgebouw in Amsterdam, Robert Schumann Gesselschaft in Frankfurt, Båstad Festival in Sweden, Festival of Music in Franconia and Rhine Valley Music Festival in Germany, as well as the Hay Festival in the UK.

Passionate about musical education, the quartet holds a residency at the Royal Welsh College of Music & Drama, where they regularly give masterclasses and performances in the Dora Stoutzker Hall.

The members of the quartet play on a fine collection of instruments, including a Stradivarius and Guarnerius.
96 kHz / 24-bit PCM – Signum Records Studio Masters