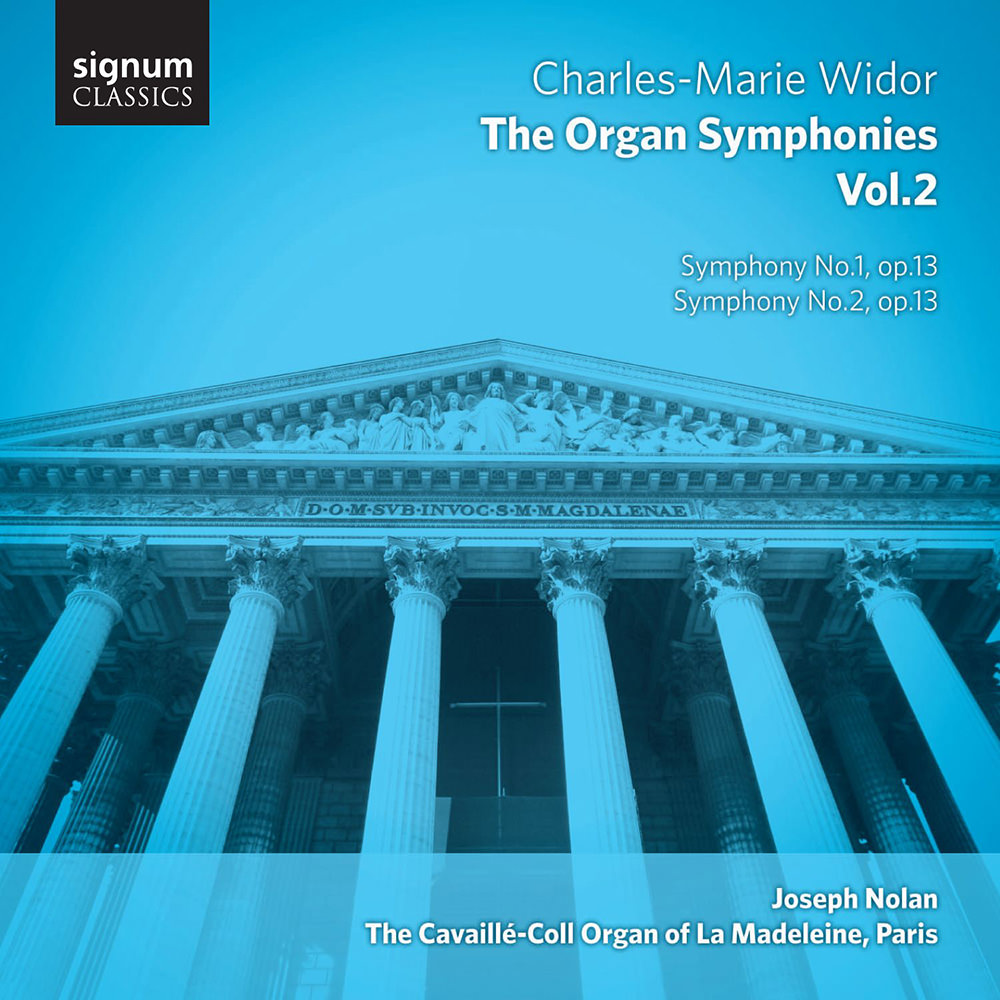 Available in 96 kHz / 24-bit AIFF, FLAC high resolution audio formats
"... Nolan’s cycle of Widor organ symphonies is one I know I will have to collect in its entirety but then, I knew that after the first volume. The recording is warmly communicative and an accurate portrayal of a magnificent instrument in its monumental acoustic ... shaping up to be the Widor organ symphonies cycle of the decade." - MusicWeb International "... Cavaillé-Coll and a superb acoustic ambience captivate and grab us, by the ears and indeed by the throat ... the recording clarity is remarkable, only final chords revealing that we have been enjoying the fruits of some six seconds of reverberation ... (Nolan) is an utterly persuasive executant at the console. Thoroughly enjoyable." - Organists' Review On this second volume dedicated to Charles-Marie Widor, British organist and conductor Joseph Nolan performs on the magnificent Cavaillé-Coll organ of L’église de la Madeleine in Paris, an instrument which has been played by former chief organists including Camille Saint-Säens and Gabriel Fauré. Widor's two symphonies featured here were genre-defining in their influence and helped popularize the organ symphony.
96 kHz / 24-bit PCM – Signum Records Studio Masters