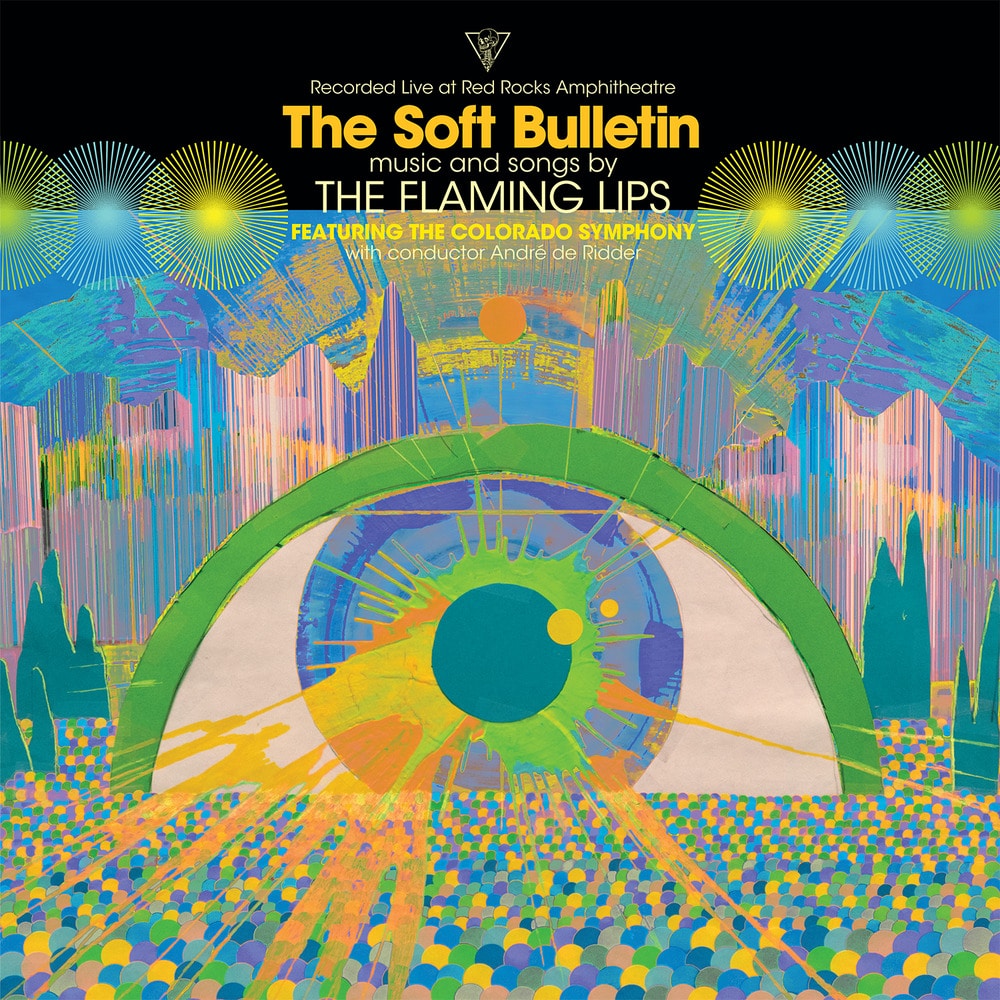 Available in MQA and 48 kHz / 24-bit AIFF, FLAC audio formats
On May 26, 2016 The Flaming Lips performed their classic album The Soft Bulletin in its entirety with the Colorado Symphony at Red Rocks Amphitheater in Colorado. The Flaming Lips (Wayne Coyne, Steven Drozd, Michael Ivins, Derek Brown, Jake Ingalls, Matt Kirksey and Nicholas Ley) were accompanied by a 69-piece orchestra and 56-strong Chorus. The performance was conducted by the internationally celebrated conductor Andre de Ridder. The Flaming Lips performed the 12-track album in its original sequence with new arrangements for each song that use the orchestra and chorus to great effect. This entire concert was produced by The Flaming Lips, Scott Booker and their long-time collaborator Dave Fridmann. The resulting live album is being released to celebrate the 20th anniversary of The Soft Bulletin, originally released in 1999. The album was the band’s breakthrough moment and featured the hit singles “Race For The Prize” and “Waitin’ for a Superman”.
48 kHz / 24-bit PCM – Warner Records Studio Masters