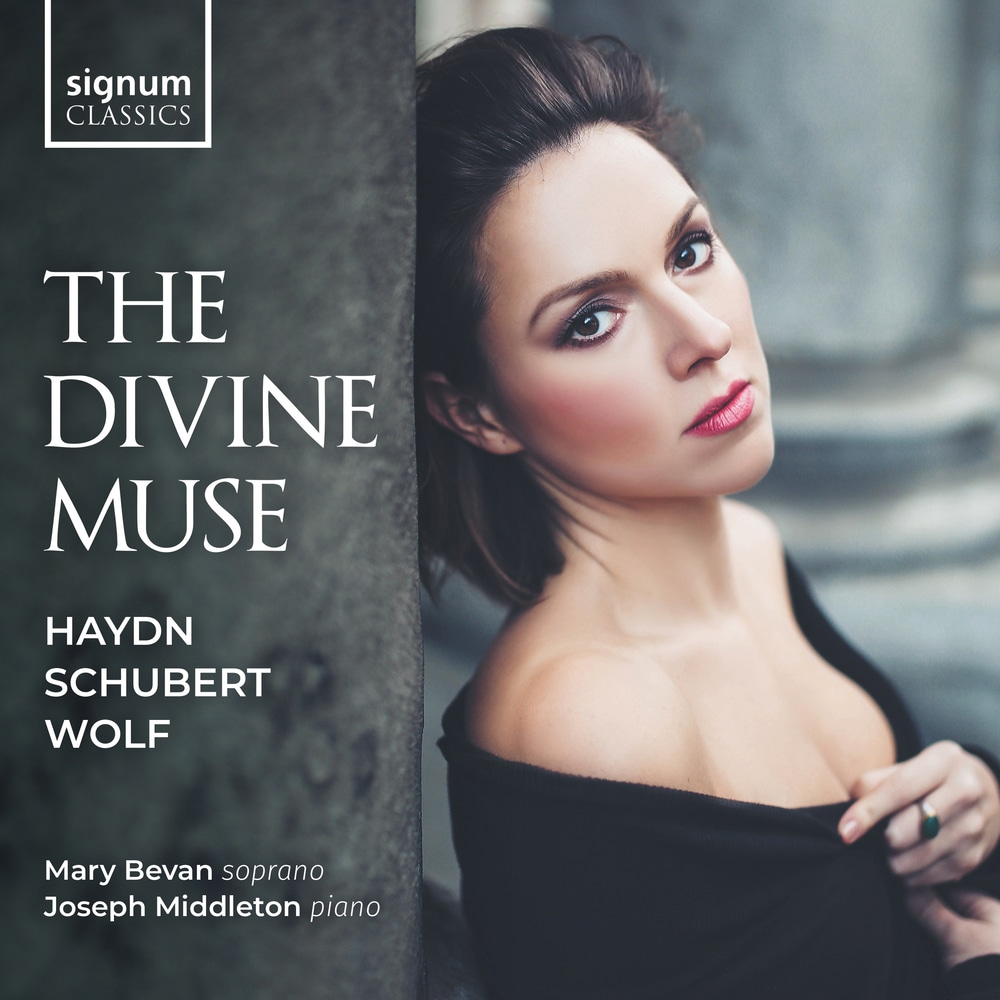 Available in 96 kHz / 24-bit AIFF, FLAC high resolution audio formats
After the success of their debut album, Voyages, Mary Bevan and Joseph Middleton present their second recital album exploring Lieder in German and Italian by Schubert, Haydn and Wolf. The programme is woven around songs inspired by the ‘muses’ of the day, both mythological and divine. It begins with Schubert’s dramatic and reverential settings of sacred German poetry, set alongside his lush emotional portrayals of female characters in the Italian settings. The central section of the album is then devoted to Haydn’s epic ‘scena’ depicting the famously cruel abandonment of Arianna by her lover Teseo, ‘Arianna a Naxos’. Haydn’s beautiful prayer ‘Geistliches Lied’ takes us back into the world of German poetry and the religious fervour that arose from the collective belief in Christianity which pervaded most art forms of the age. The album then moves into works by Hugo Wolf, whose stunning settings of devotional texts take the listener right to the heart of the characters; a few of these songs were in fact inspired by paintings. The early moments of Jesus Christ’s life are vividly portrayed here, particularly in songs such as ‘Die ihr Schwebet’, ‘Auf ein Altes Bild’ and ‘Schlafendes Jesuskind’, while the haunting ‘Gesang Weylas’ invites the listener into the world of the mysterious goddes Weyla who wistfully dreams of the shores of her distant homeland. From Ganymed to Christ, Dido to the Virgin Mary, Arianna to St Peter, this recital album richly illustrates the lives and events surrounding the ‘divine muses’ who inspired these composers.
96 kHz / 24-bit PCM – Signum Records Studio Masters