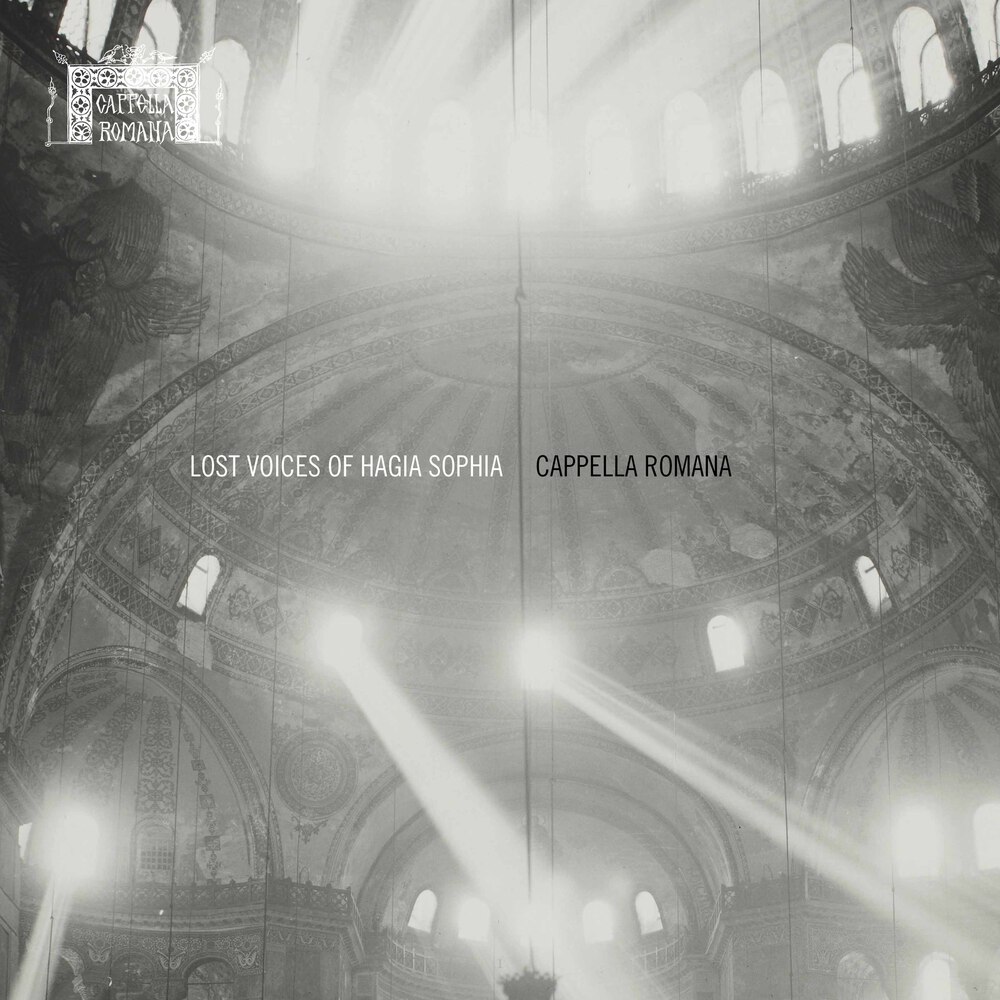 Available in 48 kHz / 24-bit AIFF, FLAC audio formats
Lost Voices of Hagia Sophia is the first vocal album in the world to be recorded entirely in live virtual acoustics. It brings together art history, music history, performance, and technology to re-create medieval sacred sound in the cathedral of Hagia Sophia as an aural virtual reality. With a stunning reverberation time of over 11 seconds, the acoustics of Hagia Sophia were measured and analyzed, and auralized in real-time on Cappella Romana’s performance by the Icons of Sound team at Stanford University. Lost Voices of Hagia Sophia presents more than 75 minutes of medieval Byzantine chant for the Feast of the Holy Cross in Constantinople, one of the greatest celebrations in the yearly cycle of worship at Hagia Sophia. For a thousand years, Hagia Sophia was the largest enclosed space in the world. Let Lost Voices of Hagia Sophia transport you back in time to medieval sound and ritual in this monumental sixth-century cathedral. Recorded at CCRMA, Stanford University. Stereo version mixed & mastered at Perfect Record, St. Paul, Minn.
48 kHz / 24-bit PCM – Cappella Romana Studio Masters