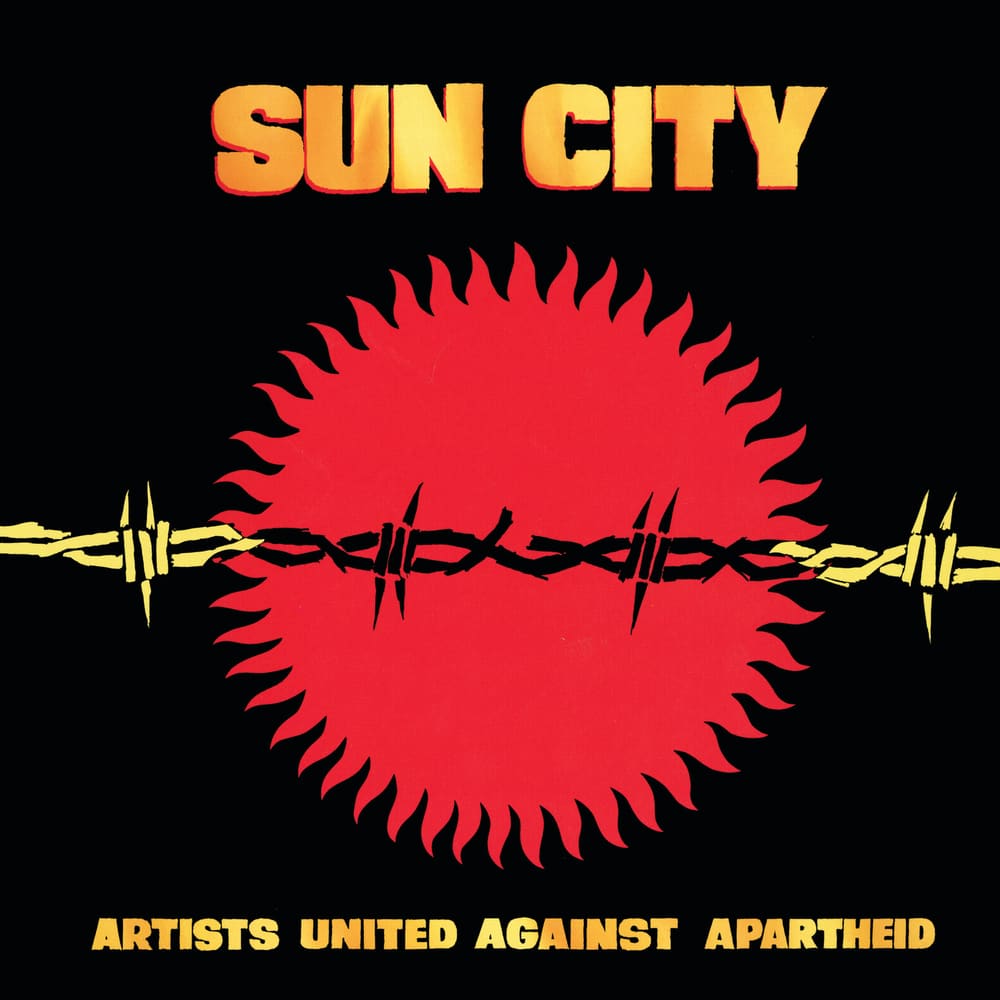 Available in 96 kHz / 24-bit AIFF, FLAC high resolution audio formats
Sun City was a 1985 album that contained several versions of the Steven Van Zandt-led Artists United Against Apartheid's "Sun City" protest song against apartheid in South Africa as well as other selections in the same vein from that project. In addition to the title track, other songs were recorded at the time completed an album's worth of material. Drummer-musician Keith LeBlanc and journalist Danny Schechter came up with "Revolutionary Situation", an audio-collage set to music that took its title from the words of South Africa's then-interior minister Louis Nel condemning the state of the country. Amid a background of yapping police dogs, sounds of mayhem and revolt in the township, LeBlanc and Schechter mixed in angry declarations by activists like Alan Boesak, Bishop Desmond Tutu and Nelson Mandela's daughter Zindzi, looped with what was at that time the most recent interview with her father, recorded in 1961. Inspired by meetings with other artists who volunteered, Bono of U2 went back to his hotel room and wrote "Silver and Gold" the same evening. The song was quickly recorded, with Keith Richards and Ron Wood of The Rolling Stones, and Peter Wolf of The J. Geils Band. Wood's guitar work is notable for using Keith's switchblade as a slide. A last-minute inclusion, the song was left off the track listings of the original 1985 album and cassette pressings and considered to be a hidden track. Bono later explained, in an appearance on the US syndicated radio show "Rockline" with Bob Coburn, that he submitted the tape of the song after the album's artwork had been printed by EMI Manhattan Records. This deluxe edition comes fully remastered as part of Van Zandt's career-spanning box set Rock N Roll Rebel: The Early Work, and included 4 bonus tracks. "The scariest encounter of the Sun City project had to be Miles Davis. I wrote the intro for him to play… He's just not friendly. He makes Lou Reed look like a pussycat… He came in, sat down and I played him the 'Silver and Gold' tape. He's sitting next to me, and he talks real low and slow, and right in my ear: 'Hey man, do you want me to fucking play or what?' So he does his take, and I asked him to redo it with the mute on. I went and reassembled his old quintet with Herbie Hancock, Ron Carter on bass and Tony Williams on drums." - Steven Van Zandt
96 kHz / 24-bit PCM – Steven Van Zandt Catalog Studio Masters