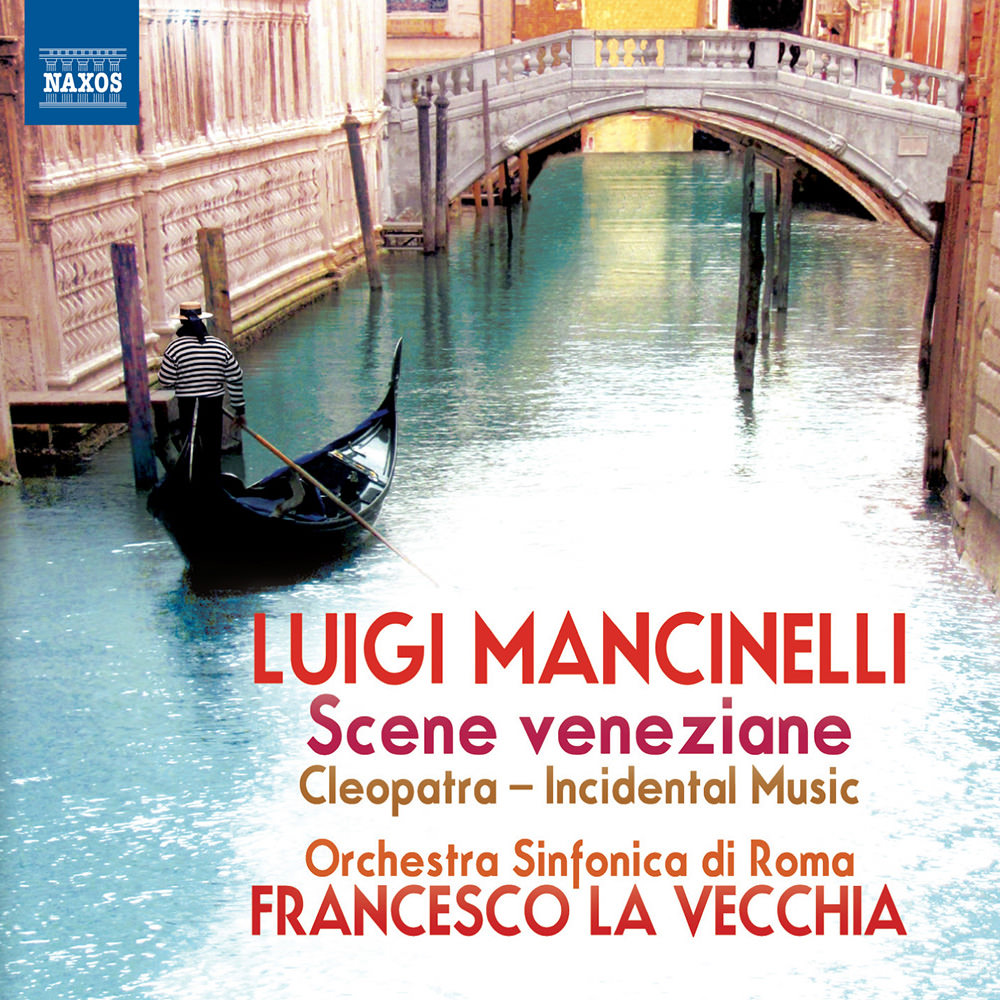 Available in 96 kHz / 24-bit AIFF, FLAC high resolution audio formats
" ... there is a real sense of drama and storytelling. This is helped by committed performances and a recording which is never less than adequate in these often heavily scored works ... certainly worth exploring if you have a taste for the music of, say, Respighi or Boito." - MusicWeb International Francesco La Vecchia leads the Orchestra Sinfonica di Roma on these works by Luigi Mancinelli, perhaps one of the least known composers who inaugurated the renaissance of Italian instrumental music in the late 19th century. As a conductor he was admired by Wagner and Verdi and as a composer he wrote music of sophistication and style, such as the colourful and touching Scene venezianepresented here in its world premiere as a complete work. Also on the programme, his music for Cleopatra shows why, in its increased complexity, Mancinelli was admired for his orchestral mastery.
96 kHz / 24-bit PCM – Naxos Studio Masters