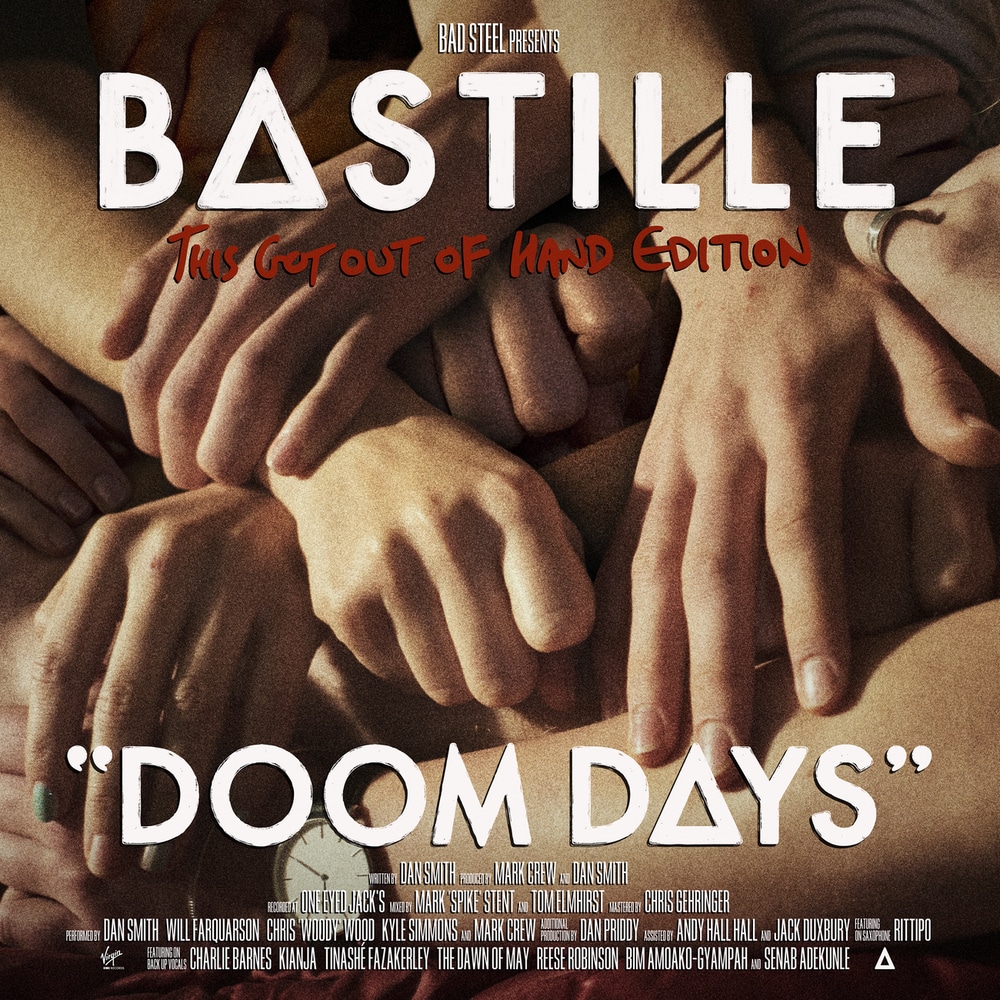 Doom Days (This Got Out Of Hand Edition)

Available in 44.1 kHz / 24-bit AIFF, FLAC audio formats
"Doom Days is a vivid snapshot of humanity and an imaginative, adventurous levelling up from one of Britain’s most influential bands. If the end times are coming, you could do a whole lot worse than taking its lead and gathering up all your friends, pressing play and partying like it’s 1999." - NME Doom Days is the third studio album by British indie pop band Bastille. It is described as a concept album about a "colourful" night at a party, as well as "the importance of escapism, hope and the preciousness of close friendships." The party was additionally described as having an atmosphere of "turbulent emotional chaos" and "euphoria, carelessness and a small dose of madness." The This Got Out Of Hand Edition features an additional 11 tracks, including demos, alternate versions and covers. Of particular note, the alternate versions include newly re-orchestrated collaborations with The Chamber Orchestra of London.
44.1 kHz / 24-bit PCM – Virgin Records Ltd Studio Masters