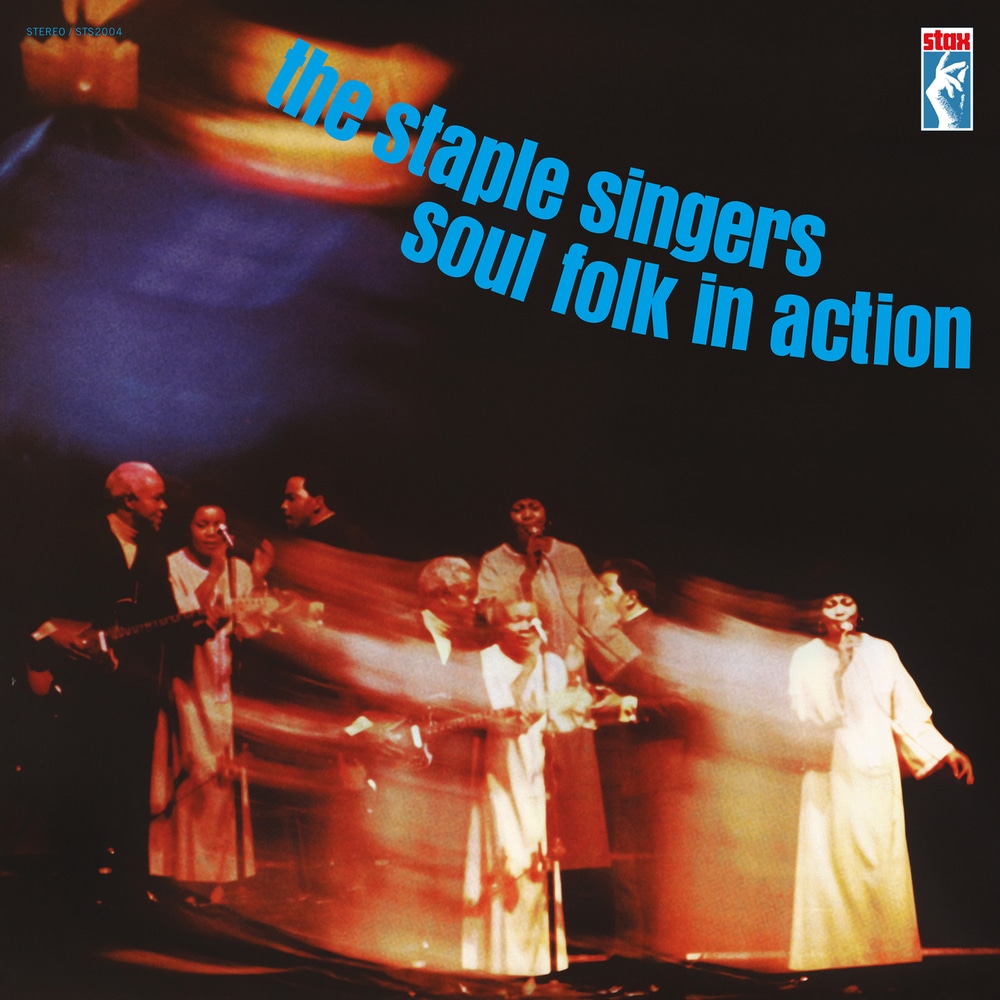 Available in 192 kHz / 24-bit, 96 kHz / 24-bit AIFF, FLAC high resolution audio formats
By the time that the Staple Singers signed to Stax in 1968, the family quartet—helmed by patriarch Roebuck “Pops” Staples, with daughters Cleotha and Mavis, and son Pervis (later replaced by his sister Yvonne)—had long graduated from the gospel circuit. The Chicago group had become well known in the counterculture and folk scenes and were performing alongside major rock acts like Big Brother and the Holding Company and the Grateful Dead. The Staples had also become formidable voices in the Civil Rights movement, and many of their songs preached a message of empowerment and racial equality. In the fall of ’68, the group went into the studio to record their first album for Stax, Soul Folk in Action, working with producer Steve Cropper and songwriter Homer Banks. The sessions were set against a backdrop of social and political turmoil, which climaxed with the assassination of Dr. Martin Luther King, Jr. in Memphis. The Staple Singers were known for writing politically charged “message songs,” and the year’s events certainly inspired many of the tracks on this album, including “Long Walk to D.C.” and “The Ghetto.” Also notable to this album are stunning covers of The Band’s “The Weight” and Otis Redding’s “(Sittin’ On) The Dock of the Bay,” recorded in tribute to the fallen Stax star, who died tragically just a year earlier in a plane crash.
192 kHz / 24-bit, 96 kHz / 24-bit PCM – Craft Recordings Studio Masters