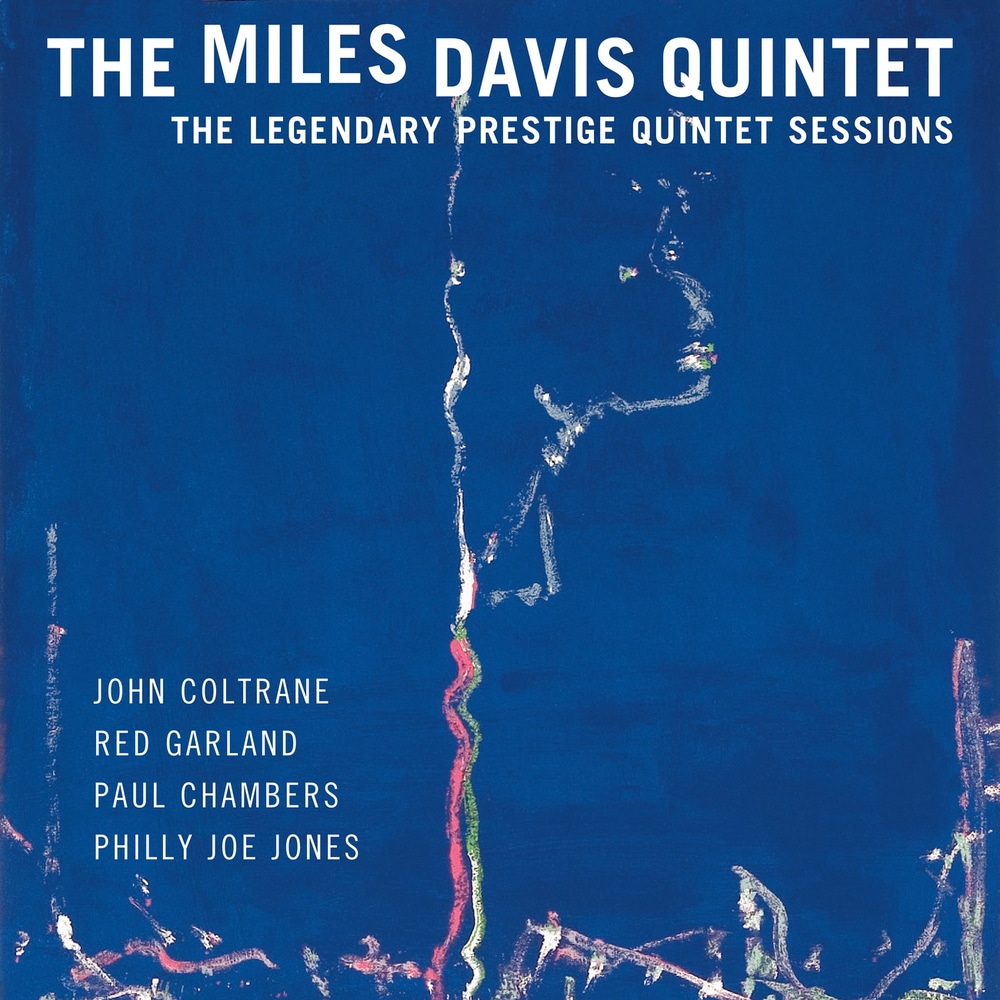 Available in 192 kHz / 24-bit, 96 kHz / 24-bit AIFF, FLAC high resolution audio formats
“The Miles Davis Quintet heard here was Davis’ means of seizing the moment when his physical health and his musical concepts were on an upswing… This is the band Davis organized when he wanted his recordings to stand for more than snapshots of his momentary interests.” - Bob Blumenthal (Jazz Critic) Craft Recordings is pleased to release the box set of The Legendary Prestige Quintet Sessions from The Miles Davis Quintet. Celebrating the 70th anniversary of Prestige Records, the five-disc set presents the quintet’s marathon sessions for the iconic jazz label, recorded between 1955–56. Miles Davis’ First Great Quintet was assembled in 1955—a pivotal year for the trumpeter and bandleader. Following a triumphant set at the Newport Jazz Festival, Davis was at the top of his game, and enjoying newfound recognition by industry leaders, critics, and fans alike. With a lineup that featured pianist Red Garland, bassist Paul Chambers, drummer Philly Joe Jones and a relatively unknown tenor saxophonist named John Coltrane (replacing Sonny Rollins), the unit became the dominant small jazz group of the late ’50s and helped define the hard-bop genre. Over the course of a year—from November 1955 to October 1956—the quintet recorded three exceptionally productive sessions with famed engineer Rudy Van Gelder, simulating nightclub sets at Van Gelder’s Hackensack, New Jersey studio. The resulting 32 tracks—presented in chronological order in this collection—would make up five complete and significant albums: the quintet’s 1956 debut release, Miles: The New Miles Davis Quintet(1956), Cookin’ (1957), Relaxin’ (1958), Workin’ (1959), and Steamin’ (1961). The quintet’s recording of “’Round Midnight” would represent this ensemble’s lone contribution to the album Miles Davis and the Modern Jazz Giants (1959). The majority of these tracks are pop and jazz standards, along with several original compositions from Davis.
192 kHz / 24-bit, 96 kHz / 24-bit PCM – Craft Recordings Studio Masters