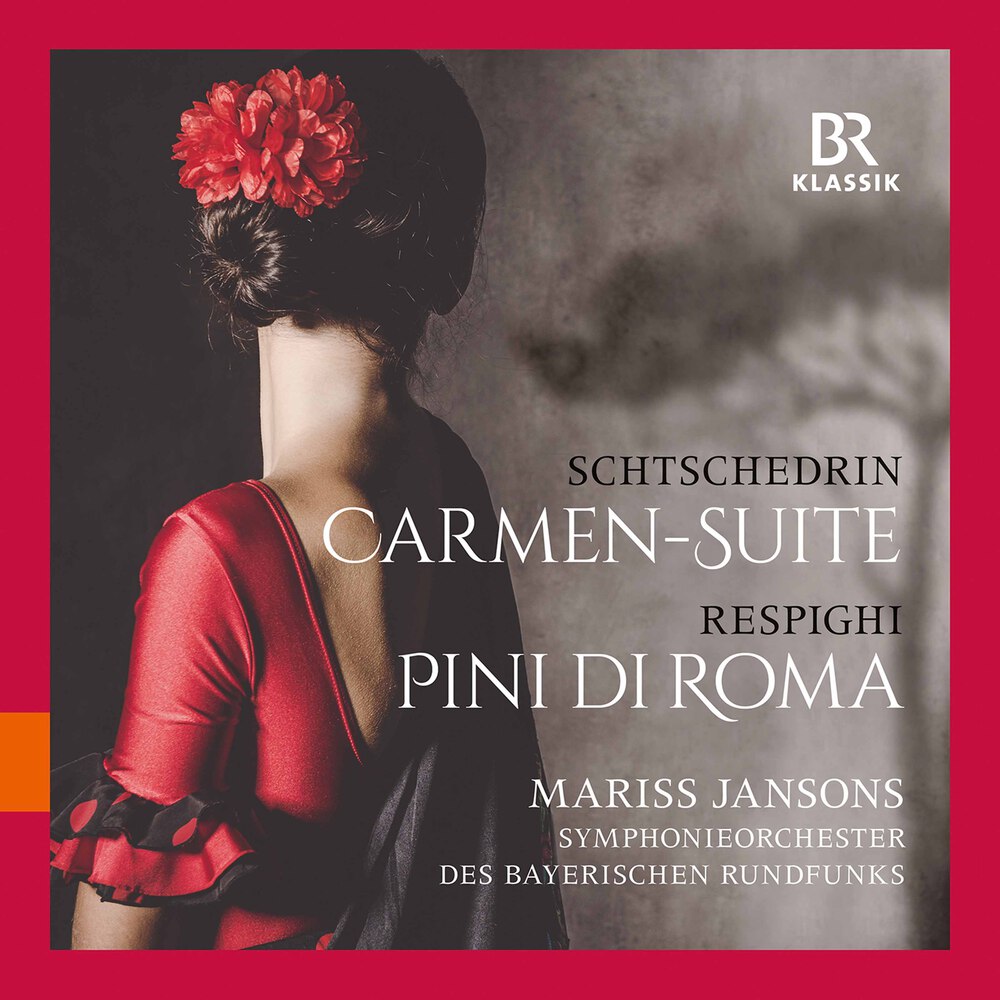 Available in 48 kHz / 24-bit AIFF, FLAC audio formats
Two famous orchestral works that were written in the 20th century but breathe the spirit of nineteenth-century music can be heard on this new album from BR-KLASSIK: the ballet music "Carmen Suite", based on the famous melodies from George Bizet's eponymous opera and masterfully arranged and adapted by the composer Rodion Shchedrin in 1968, and Ottorino Respighi's well-known symphonic poem "Pini di Roma" (The Pines of Rome), written in 1924. The name of the Russian composer Rodion Shchedrin is primarily associated in the West with his "Carmen Suite", which has been highly popular ever since its first performance. The thirteen movements of this ballet music are based on Bizet's opera Carmen, and carefully adapted to the musical language of the present day. After Shchedrin's wife Maya Plisetskaya, long-time prima ballerina of the Bolshoi Theatre, had vainly asked both Shostakovich and Khachaturian to compose a "Carmen" ballet especially for her, her husband decided to do so instead a decision that was rewarded with international success. The rousing music in Shchedrin's interpretation sounds very familiar, yet in many ways, entirely new! The Italian composer Ottorino Respighi is especially admired for his masterly instrumentation. The symphonic poems in his "Roman Trilogy", which deal with the fountains, pine trees and festivals of his adopted home city of Rome, made his name immortal. In his Pines of Rome he describes four locations in the Eternal City, each with a different historical background. Children play under the pines in the gardens of the Villa Borghese; a solemn hymn can be heard from inside an ancient catacomb; in the pines on Romes Janiculum Hill we hear a nightingale singing; and finally, in the morning mists on the Appian Way, we hear a consul leading his army in triumph up the Capitoline Hill.
48 kHz / 24-bit PCM – BR-Klassik Studio Masters