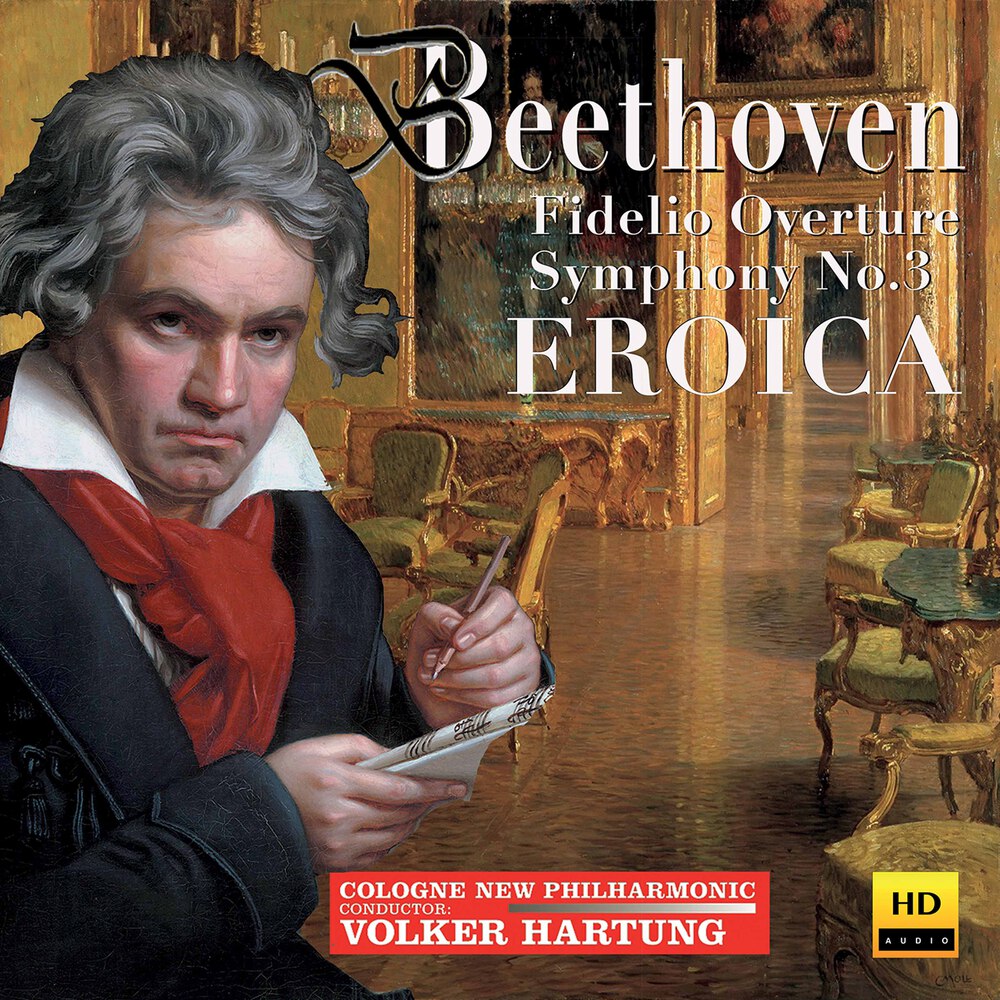 Available in 48 kHz / 24-bit AIFF, FLAC audio formats
"Fidelio" is Ludwig van Beethoven's only opera. Beethoven struggled to produce an appropriate overture for Fidelio, and ultimately went through four versions. His first attempt, for the 1805 premiere, is believed to have been the overture now known as "Leonore No. 2". Beethoven then focused this version for the performances of 1806, creating "Leonore No. 3". The latter is considered by many listeners as the greatest of the four overtures, but as an intensely dramatic, full-scale symphonic movement it had the effect of overwhelming the (rather light) initial scenes of the opera. Beethoven accordingly experimented with cutting it back somewhat, for a planned 1808 performance in Prague; this is believed to be the version now called "Leonore No. 1". Finally, for the 1814 revival Beethoven began anew, and with fresh musical material wrote what we now know as the Fidelio overture. As this somewhat lighter overture seems to work best of the four as a start to the opera, Beethoven's final intentions are generally respected in contemporary productions. The Symphony No. 3 in Eb major, Op. 55, is a symphony in four movements by Ludwig van Beethoven. One of the composer's most celebrated works, the Eroica symphony is a large-scale composition that marked the beginning of Beethoven's creative middle-period. Composed mainly in 1803–1804, the work is grounded in the Classical symphonic tradition while also stretching boundaries of form, length, harmony, and perceived emotional and possibly cultural content. It has therefore widely been considered an important landmark in the transition between the Classical period and the Romantic era. The Cologne New Philharmonic Orchestra gave its symphonic debut in the most prestigious concert halls throughout Germany during January 1990 with outstanding success. Since then the Cologne New Philharmonic Chamber Orchestra and its symphonic formation are both working always during their seasons, soloists of the Philharmonic group being the members of the chamber orchestra in over 100 concerts per year taking place in all parts of the world. Volker Hartung is regarded as one of the most colorful personalities in the music scene today. His unmistakable conducting style, great musical sensitivity and skill in handling orchestras as well as soloists make his Concerts unforgettable events, which he enhances with his witty and famously entertaining announcements to the works performed. His several decades of experience as an independent manager of ensembles have taught him how to form orchestras and to make them financially and artistically viable in the face of various obstacles.
48 kHz / 24-bit PCM – JPK Musik Studio Masters