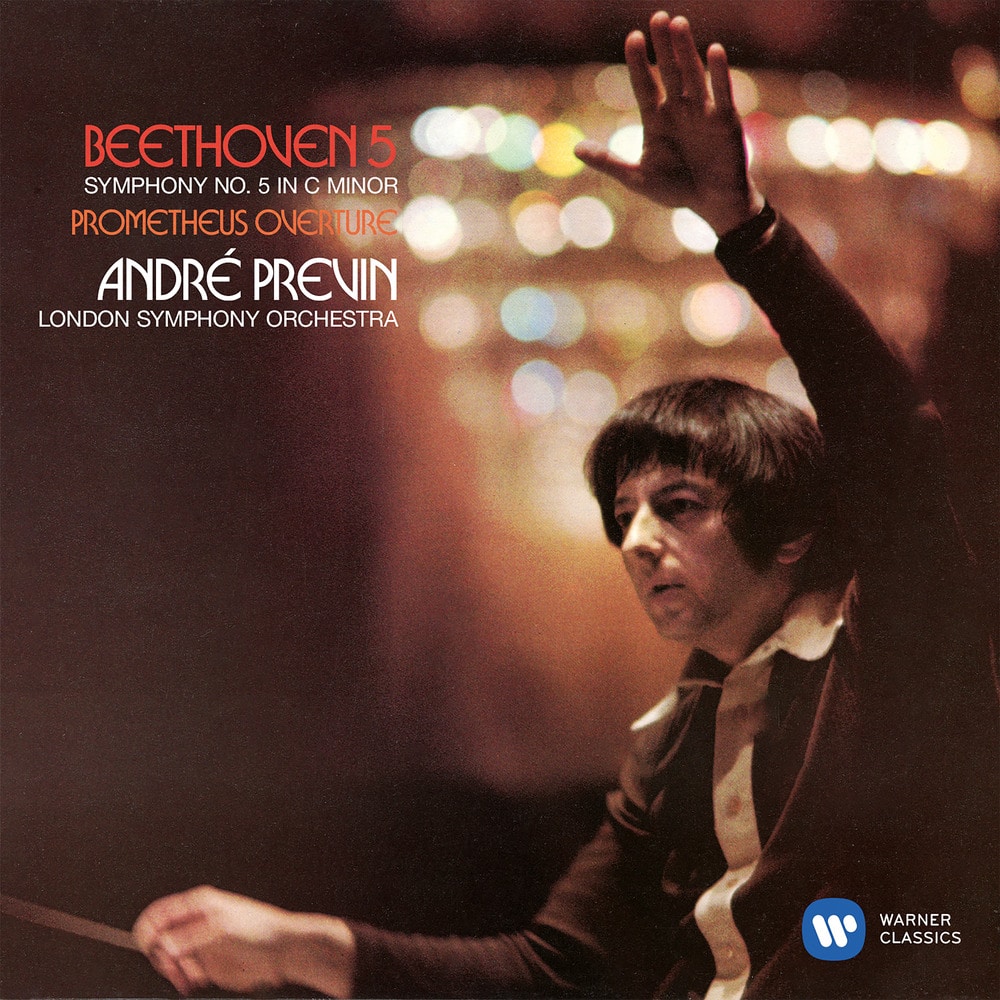 Available in MQA and 192 kHz / 24-bit, 96 kHz / 24-bit AIFF, FLAC high resolution audio formats
André Previn's relationship with the LSO spanned over 50 years, with his appointment as Principal Conductor in 1968 marking the start of a new era for the Orchestra. Under his leadership, the LSO performed to large audiences in the concert hall and on television, through André Previn’s Music Night, the show that turned Previn into a star and the LSO into a household name. He introduced new repertoire to the Orchestra, and many of the recordings made together remain definitive versions today. Here, Previn and the LSO bring their signature sound to this legacy recording of Beethoven's Symphony No. 5 and the Overture to his great ballet, The Creatures of Prometheus.
192 kHz / 24-bit, 96 kHz / 24-bit PCM – Warner Classics Studio Masters