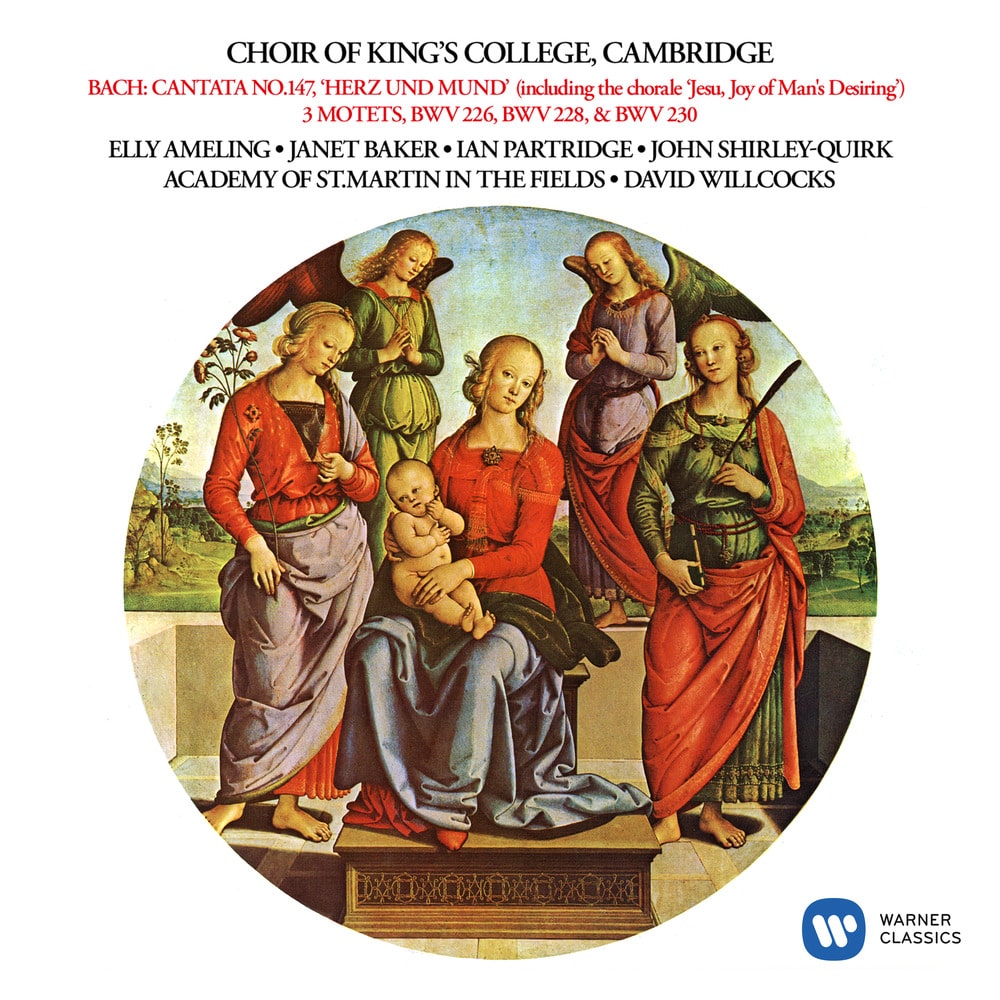 Available in MQA and 192 kHz / 24-bit, 96 kHz / 24-bit AIFF, FLAC high resolution audio formats
Sir David Willcocks conducts the Choir of King's College, Cambridge alongside English chamber orchestra The Academy of St. Martin in the Fields in this contemplative legacy performance of one Bach's church cantata "Herz und Mund und Tat und Leben" (Heart and mouth and deed and life). His cantata is part of his first cantata cycle there and was written for the Marian feast of the Visitation on 2 July, which commemorates Mary's visit to Elizabeth as narrated in the Gospel of Luke in the prescribed reading for the feast day. Bach based the music on his earlier cantata BWV 147a, written originally in Weimar in 1716 for Advent. He expanded the Advent cantata in six movements to ten movements in two parts in the new work.
192 kHz / 24-bit, 96 kHz / 24-bit PCM – Warner Classics Studio Masters