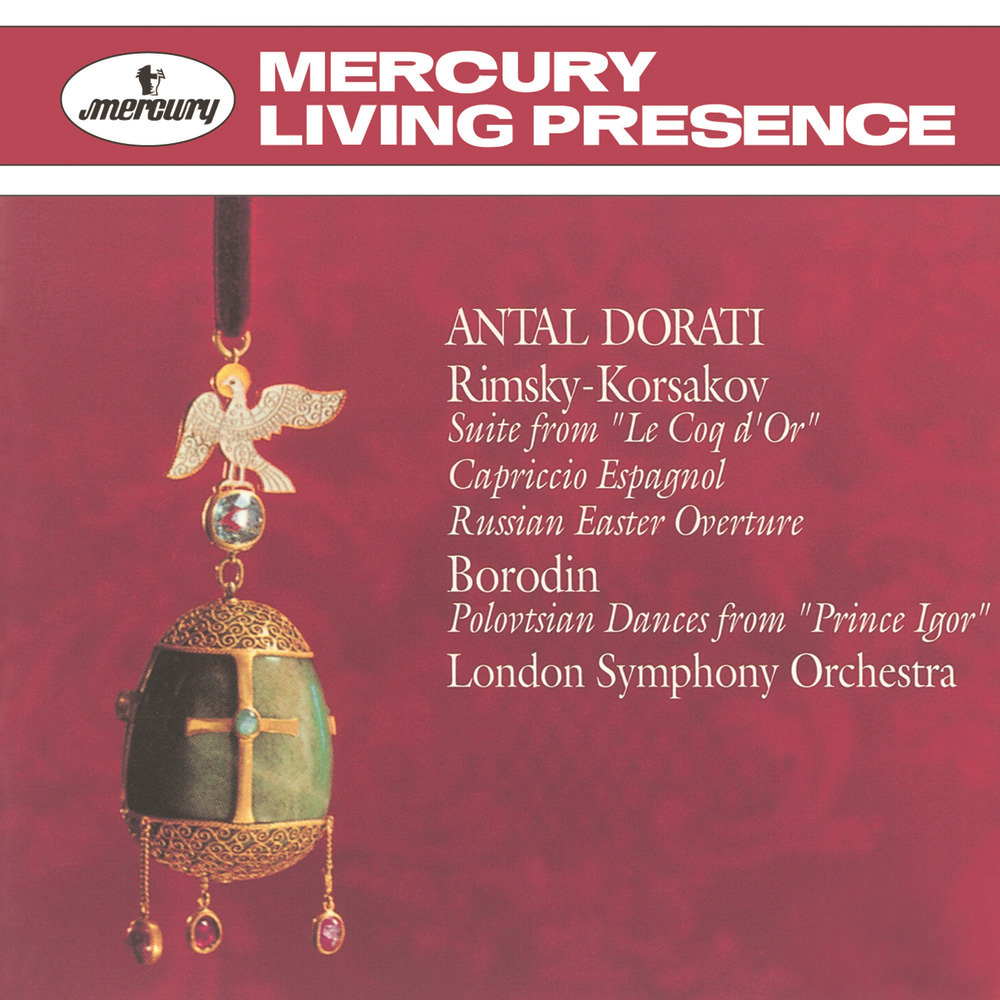 "Four Stars ... some excitingly colourful interpretations of exotic Russian symphony works, heard for the very first time the way they were committed to tape back in 1956 ..."
- Audiophile Audition

"... brings a noticeable improvement in clarity and presence over previous issues, as if a layer of gauze had been removed from the speakers ... Dorati’s vibrant, colourful performances, with stunning playing from the London Symphony Orchestra should be reason enough to purchase this ..."
- ClassicsToday.com

"I can safely report that the sound is absolutely incredible ... Antal Doráti was born for this Russian repertoire. The sense of excitement and dashing panache that he brings is quite dazzling ... the sound is astonishingly vivid with violins and percussion sounding actually in your listening room, a tribute to those talented Mercury engineers ... Decca must be thanked for resurrecting these gems ..."
- Classical.Net

Antal Doráti leads the London Symphony Orchestra and the London Symphony Chorus on this diverse programme, recorded in England in 1956 and 1959. Despite the vintage, the sound quality of this reissue has been praised in reviews from music critics and audiophile publications.
96 kHz / 24-bit PCM – Decca/London Studio Masters