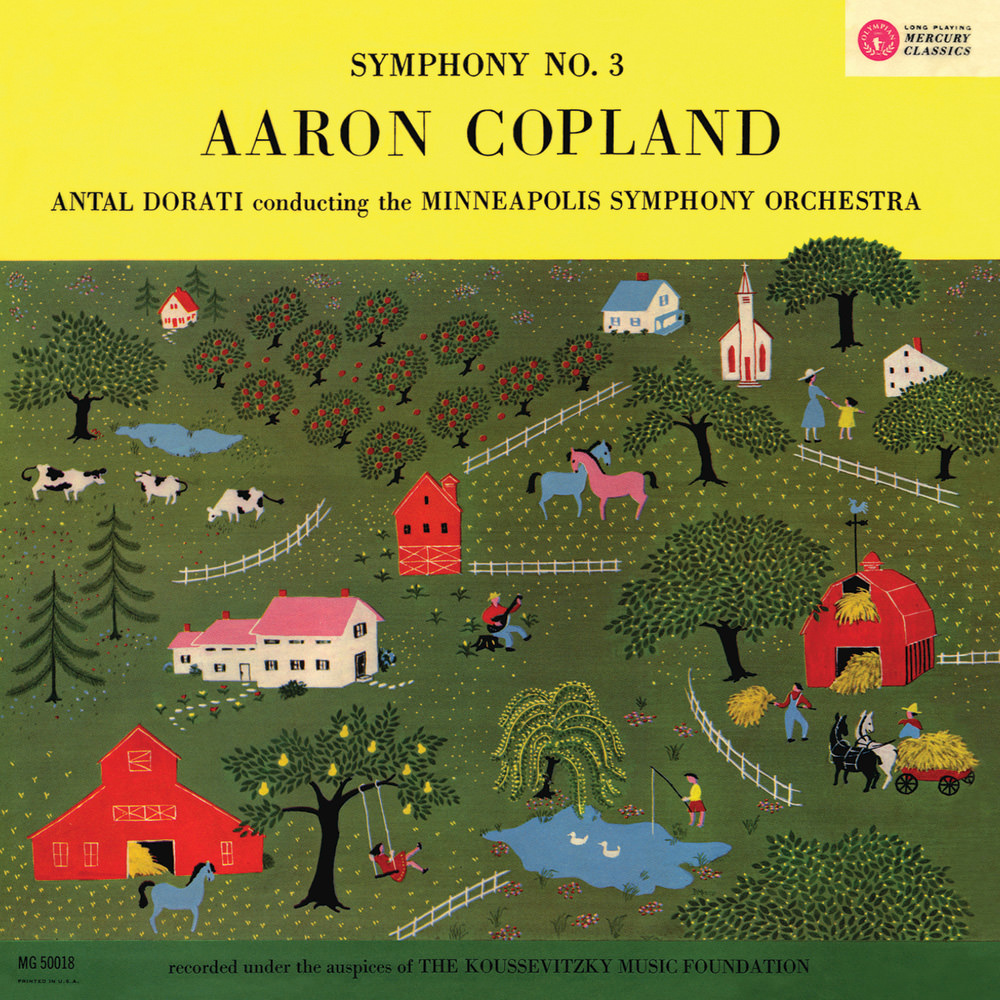 Available in 96 kHz / 24-bit AIFF, FLAC high resolution audio formats
"... a sturdy work ... finds its most effective expression in the recording with Doráti and the Minneapolis Symphony ..." - MusicWeb International This performance of Aaron Copland’s Symphony No. 3 was recorded in Minneapolis in February 1953 and is considered one of the first great recordings of this classic American work. Long out of print, this highly anticipated reissue has been greeted with enthusiasm.
96 kHz / 24-bit PCM – Decca/London Studio Masters

This title is a high-resolution digital transfer of material originating from an analogue recording. It may be limited in bandwidth and dynamic range by the technology available at the time of its original creation, and is offered as a high-quality documentation of a historical release. Copland’s Symphony No. 3 was recorded on February 5–7, 1953, in the Northrop Auditorium, Minneapolis, under the auspices of the Koussevitzky Music Foundation, in commemoration of its tenth anniversary. Mercury employed here its unique recording technique based on the use of a single Neumann U-47 microphone — in this instance hung 15 feet directly over the conductor’s podium. A Fairchild full-track quarter-inch tape machine running at 15 inches per second was used for recording the performances. The first-generation master tape was not available for remastering, so a 1965 dub tape was used. The Plangent Process stabilized the wow and flutter on the second- generation tape. Symphony No. 3 was first released on MG50018. Producer: Wilma Cozart Recording Director and Musical Supervisor: David Hall Recording Engineer and Technical Supervisor: C. Robert Fine Analog to Digital Transfer and Plangent Process by John K. Chester and Jamie Howarth Remastering: Andrew Walter at Abbey Road Studios in consultation with Thomas Fine and Raymond McGill Publisher: Boosey & Hawkes Music Publishers Ltd. Remastering: 2015 Decca Music Group Limited Original Cover Artwork