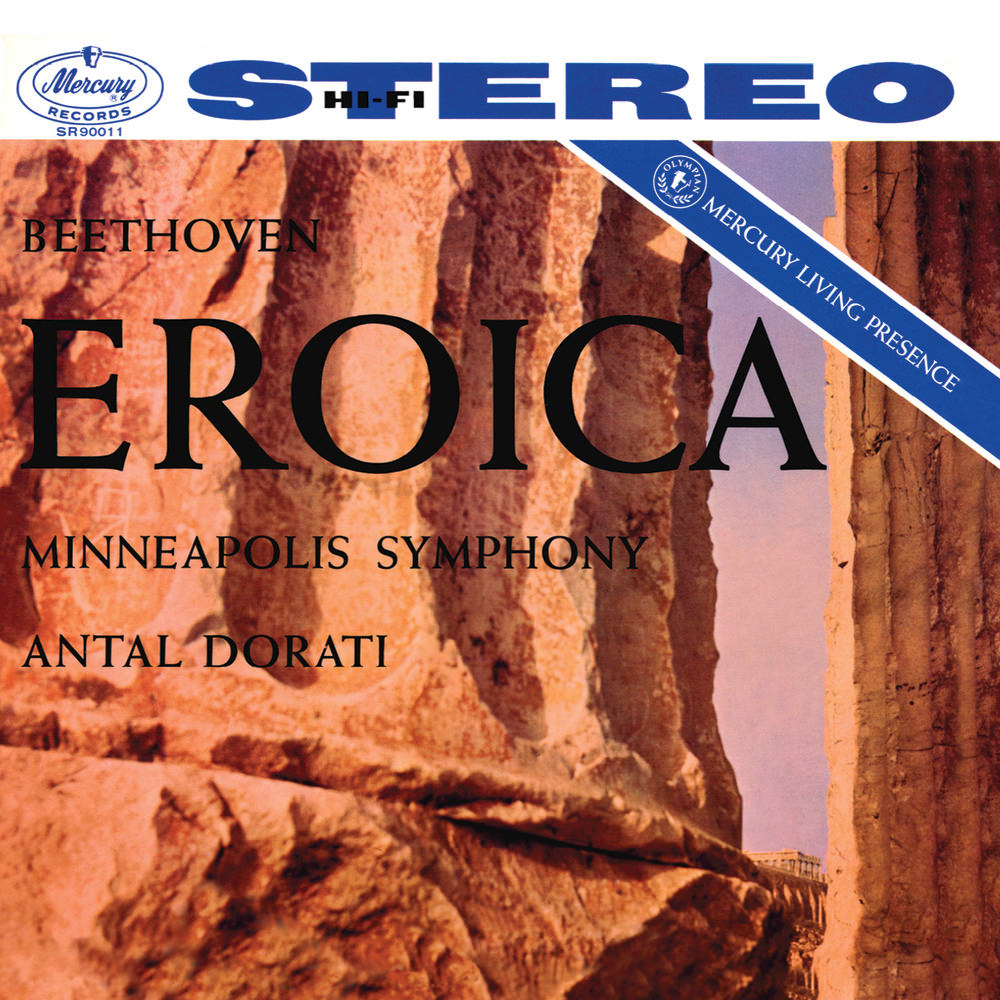 This title is a high-resolution digital transfer of material originating from an analogue recording. It may be limited in bandwidth and dynamic range by the technology available at the time of its original creation, and is offered as a high-quality documentation of a historical release. Beethoven’s “Eroica” Symphony was recorded on March 9, 1957, at the University of Minnesota’s Northrop Auditorium in Minneapolis, using a Schoeps M201 microphone in the center and Neumann KM-56 microphones on the left and right. Recorded to 3-track half-inch magnetic tape; the first-generation master tape was used for this release. The Symphony was first released on SR90011. Recording Director: Wilma Cozart Musical Supervisor: Harold Lawrence Recording Engineer and Technical Supervisor: C. Robert Fine Analog to Digital Transfer by John K. Chester and Jamie Howarth using the Plangent Process 3- to 2-channel conversion and mastering by Thomas Fine Remastering: 2015 Universal International Music BV Original Cover Artwork Photo by Maxine Furland, Rapho-Guillumette