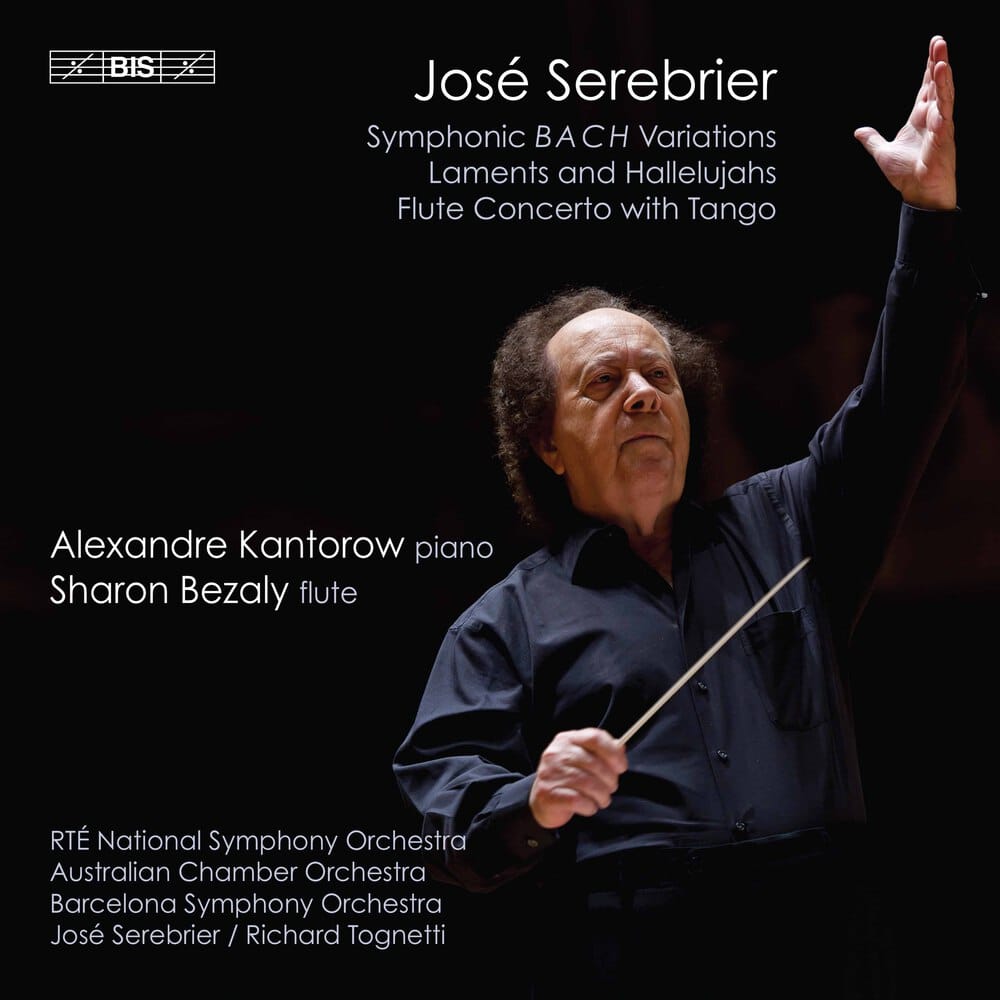 Available in 96 kHz / 24-bit AIFF, FLAC high resolution audio formats
An esteemed conductor who has worked with most of the major orchestras and made more than 300 recordings, José Serebrier is also a prolific composer. He became established at an early age with Leopold Stokowski giving the world première of his Symphony No. 1, when he was only 17 years old. He studied composition with Martinu and Copland, while also learning conducting from Doráti, Monteux and Stokowski, who named the 22-year old Serebrier his associate conductor. This dual career has flourished ever since, as demonstrated by this album on which Serebrier conducts the RTÉ National Symphony Orchestra in some of his most recent works. These include the Symphonic BACH Variations for piano and orchestra in which Alexandre Kantorow, winner of the 2019 Tchaikovsky competition, shines in the solo part. Newly recorded material is combined with the previously released Flute Concerto the only work on the album not conducted by Serebrier himself and two tango-inspired shorter pieces. For Serebrier, these and the recent Last Tango before Sunrise form a kind of return to his youth in Uruguay, where he was born.
96 kHz / 24-bit PCM – BIS Records Studio Masters