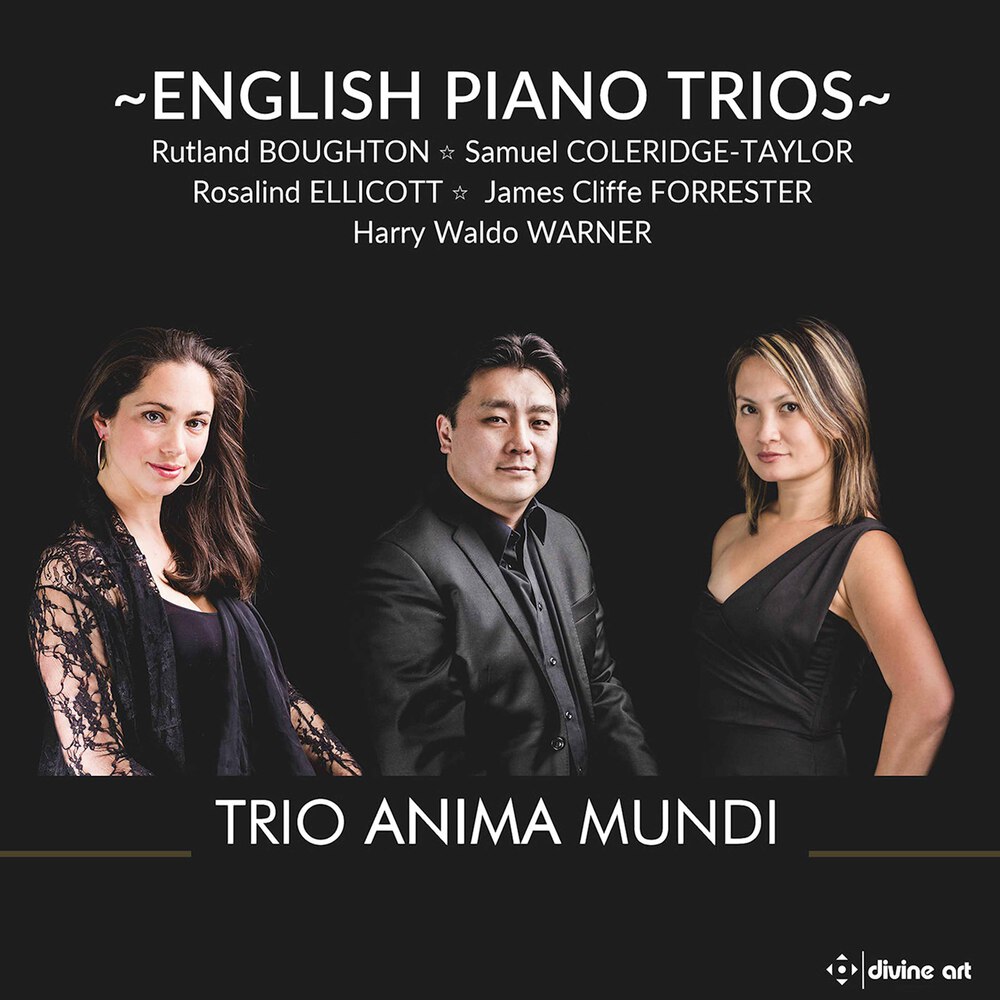 Of the five English composers featured, only two are really known at all – Coleridge-Taylor for Hiawatha and Boughton for The Immortal Hour – but all wrote wonderful music in Romantic style – rather under the shadow of Elgar, Delius, other prominent figures. Rosalind Ellicott had much success and performances in the 1880s before moving from orchestral to chamber music; Forrester was less prolific, concentrating on his teaching career, but has a fine impressionist voice. Warner was very well known as a violist and member of the London String Quartet; he was very busy as a composer with several chamber works, two operas and over a hundred songs to his name. The Trio featured here won the Elizabeth Sprague Coolidge Prize.

Trio Anima Mundi is one of Australia’s finest chamber trios; since its founding in 2008 it has won several international awards and made special efforts to unearth and perform forgotten but worthy works as well as the newest pieces of today. Their previous Divine Art album won rapturous acclaim.
96 kHz / 24-bit PCM – Divine Art Studio Masters