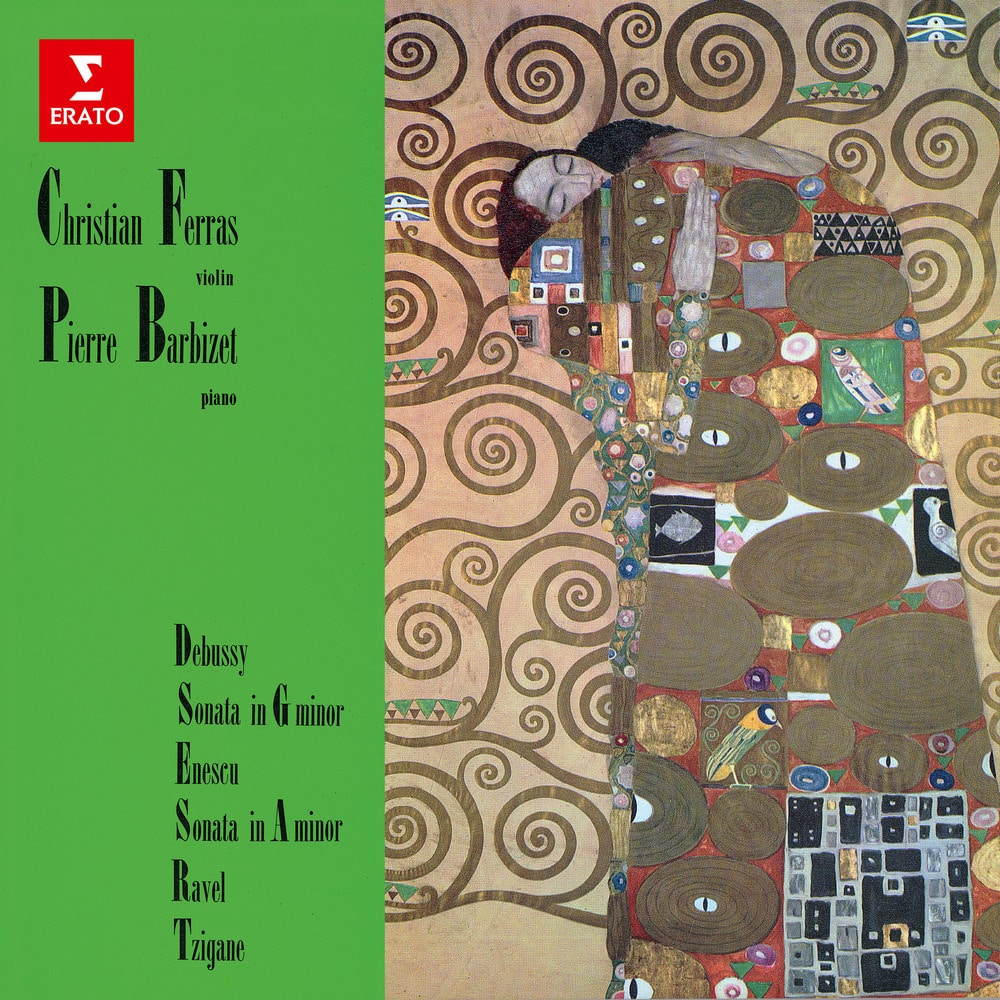 Available in MQA and 96 kHz / 24-bit AIFF, FLAC high resolution audio formats
French violinist Christian Ferras is accompanied by Pierre Barbizet in this legacy violin/piano recital of some of the most imaginative and beautiful French composers of the early 20th century. Enescu's Sonata No. 3 in A minor "dans le caractère populaire roumain" (in Romanian Folk Style), for violin and piano, Op. 25, is a chamber-music composition written in 1926 by the Romanian composer George Enescu. The score, published in 1933, is dedicated to the memory of the violinist Franz Kneisel. It is one of the composer's most popular and at the same time most critically respected works. Debussy's Sonata for violin and piano, L. 140, was written in 1917. It was the composer's last major composition and is notable for its brevity; a typical performance lasts about 13 minutes. The premiere took place on 5 May 1917, the violin part played by Gaston Poulet, with Debussy himself at the piano. It was his last public performance. Tzigane is a rhapsodic composition by the French composer Maurice Ravel. It was commissioned by and dedicated to Hungarian violinist Jelly d'Arányi, great-niece of the influential violin virtuoso Joseph Joachim. The original instrumentation was for violin and piano. The first performance took place in London on April 26, 1924 with the dedicatee on violin and with Henri Gil-Marchex at the piano (with luthéal).
96 kHz / 24-bit PCM – Warner Classics Studio Masters