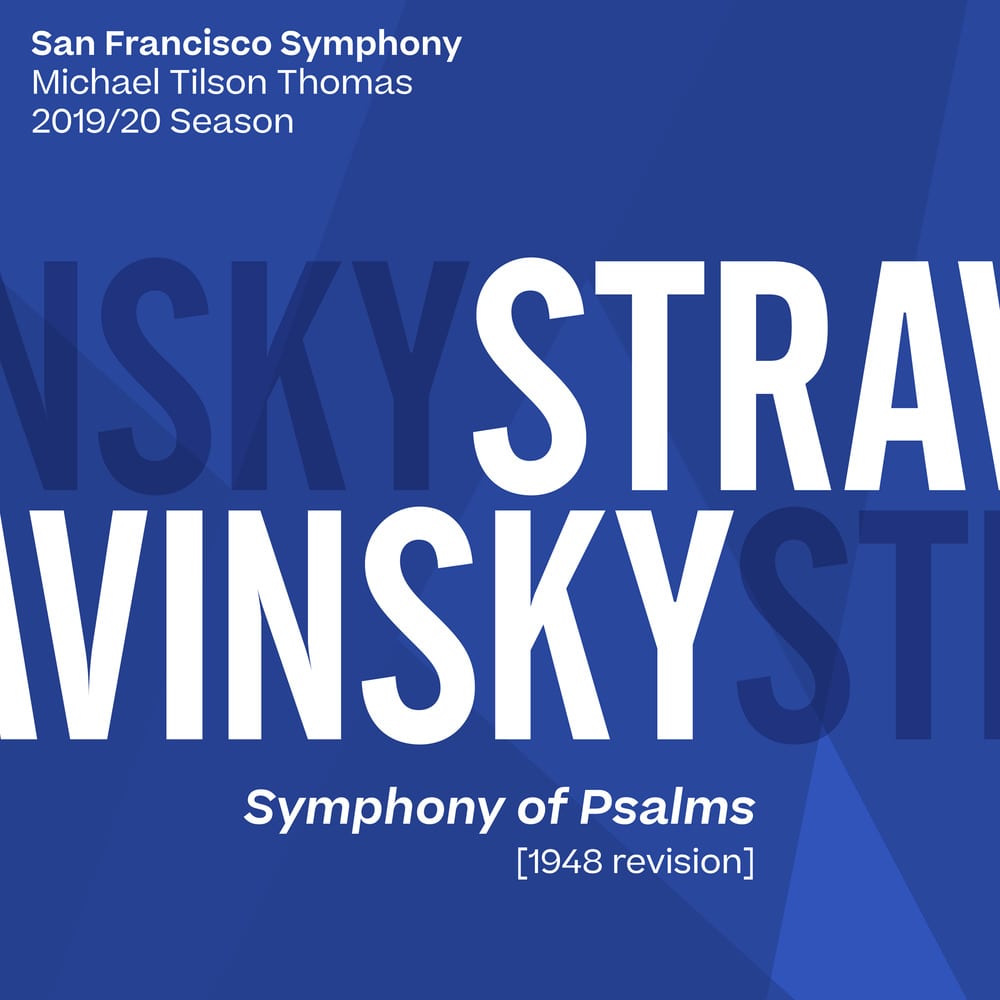 Available in MQA and 96 kHz / 24-bit AIFF, FLAC high resolution audio formats
Michael Tilson Thomas leads the San Francisco Symphony in this contemplative performance of Stravinsky's Symphony of Psalms. The Symphony of Psalms is a three-movement choral symphony composed by Igor Stravinsky in 1930 during his neoclassical period. The work was commissioned by Serge Koussevitzky to celebrate the 50th anniversary of the Boston Symphony Orchestra. The symphony derives its name from the use of Psalm texts in the choral parts. Joseph Haydn's Concerto No. 2 in D Major for cello and orchestra was composed in 1783 for Antonín Kraft, a cellist of Prince Nikolaus's Esterházy Orchestra. The piece's authenticity was doubted for some time, and at one stage it was suggested that Kraft himself had written it, but most experts now believe that the work is indeed authentic after Haydn's autograph score was discovered in 1951. Although the concerto sounds more relaxed and lyrical than its C major predecessor it is more technically difficult for the soloist. Michael Tilson Thomas assumed his post as the San Francisco Symphony’s 11th Music Director in 1995, consolidating a relationship with the Orchestra that began with his debut here in 1974. In what is widely considered one of the most dynamic and productive partnerships in the orchestral world, Tilson Thomas and the SF Symphony have been praised for their innovative programming, enhancing the orchestral concert experience with multimedia and creative staging, showcasing the works of American composers, and attracting new audiences to orchestral music, both at home at Davies Symphony Hall and through the Orchestra’s extensive media projects. A Los Angeles native, he studied with John Crown and Ingolf Dahl at the University of Southern California, becoming Music Director of the Young Musicians Foundation Debut Orchestra at nineteen. Most recently, he was named a 2019 recipient of the Kennedy Center Honors.
96 kHz / 24-bit PCM – SFS Media Studio Masters