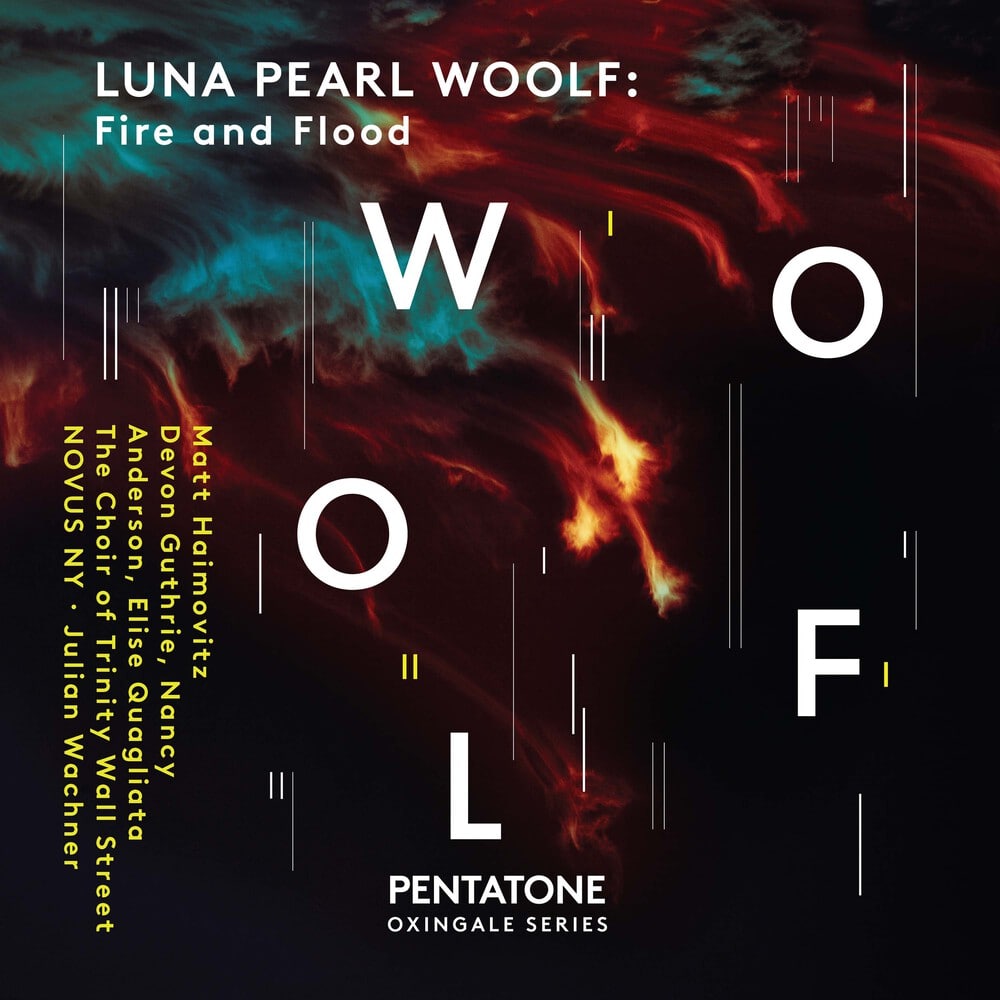 Available in 96 kHz / 24-bit AIFF, FLAC and 2.8224 MHz DSD high resolution audio formats
From a deeply stirring Mass to hauntingly re-imagined Leonard Cohen masterpieces, Fire and Flood encompasses 25 years of vocal works by composer Luna Pearl Woolf, as performed by the Choir of Trinity Wall Street, cellist Matt Haimovitz, and more, conducted by Julian Wachner. In her penetrating album notes, New York Times contributing writer Corinna Da Fonseca-Wollheim comments, “Luna Pearl Woolf trains a zoom lens on the collective experience, sometimes plunging us right into the midst of destruction and anarchy only to pull back, in one swoop, to a clear-eyed plane of compassion.” These arresting works include her frequently-performed cello-choir concerto, Après moi, le deluge, which emerges from the tragic aftermath of Hurricane Katrina; and the dramatic, low-voiced To the Fire, with its prophetic, Old Testament text. In One to One to One, “three female singers reflect and refract the male gaze in an uproar of vocal virtuosity” (Da Fonseca-Wollheim); while Missa in Fines Orbis Terrae journeys to the ends of the earth in search of revelation, mercy, peace. Finally, two inventive arrangements for three voices and cello create a kaleidoscopic expansion of colors and timbres in Cohen’s ironic Everybody Knows and foreboding Who By Fire. Noted among a new generation of politically conscious and artistically progressive composers, Woolf has been heard widely across North America and in Europe. Her music is praised by The New York Times for its “psychological nuances and emotional depth.”
96 kHz / 24-bit PCM and 2.8224 MHz DSD – PENTATONE Studio Masters