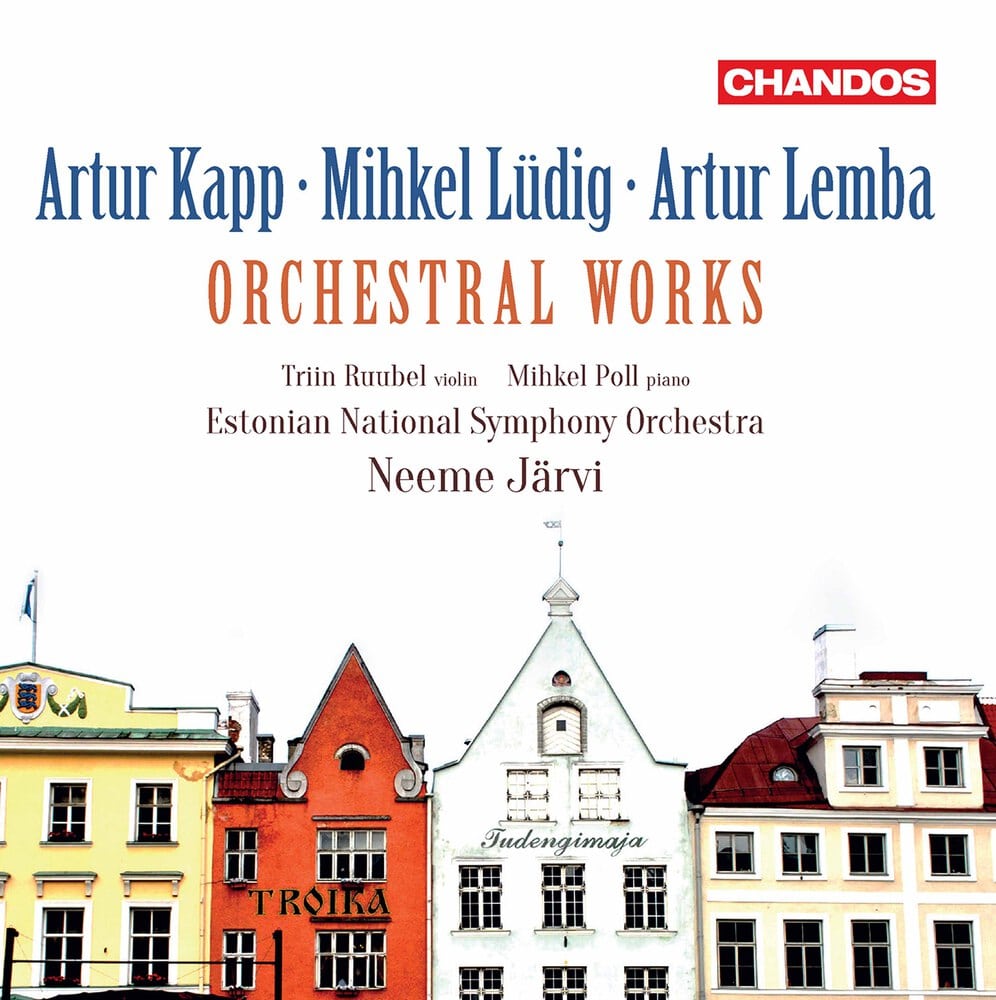 Available in 48 kHz / 24-bit AIFF, FLAC audio formats
In his latest recording for Chandos with the Estonian National Symphony Orchestra, Neeme Järvi explores pieces by three of Estonia’s first composers. The bulk of the works in the programme were composed in the first decade of the twentieth century, and are all excellent representations of the birth of Estonian Music, as Estonia transitioned from a territory in the Russian Empire to an independent nation state. As was the norm at the end of the nineteenth century, these composers studied at the St Petersburg Conservatory, and Estonian symphonic music certainly has its roots in the Russian nationalist style. Like so much of European music of this era, ethnic identity is emphasised by the inclusion of native folk tunes, and the ‘Nordic’ style of Grieg and others is clearly an influence. Kapp’s Fourth Symphony, however, was written after WWII, when Estonia and the other Baltic states were occupied by the Soviet Union, and is dedicated to the thirtieth anniversary of the All-Union Leninist Young Communist League (although probably not by choice), one reason for the title ‘Youth Symphony’. Kapp also subtitled it ‘Classical Symphony’ and its compact form and light textures deliver a distillation of the Estonian style.
48 kHz / 24-bit PCM – Chandos Studio Masters