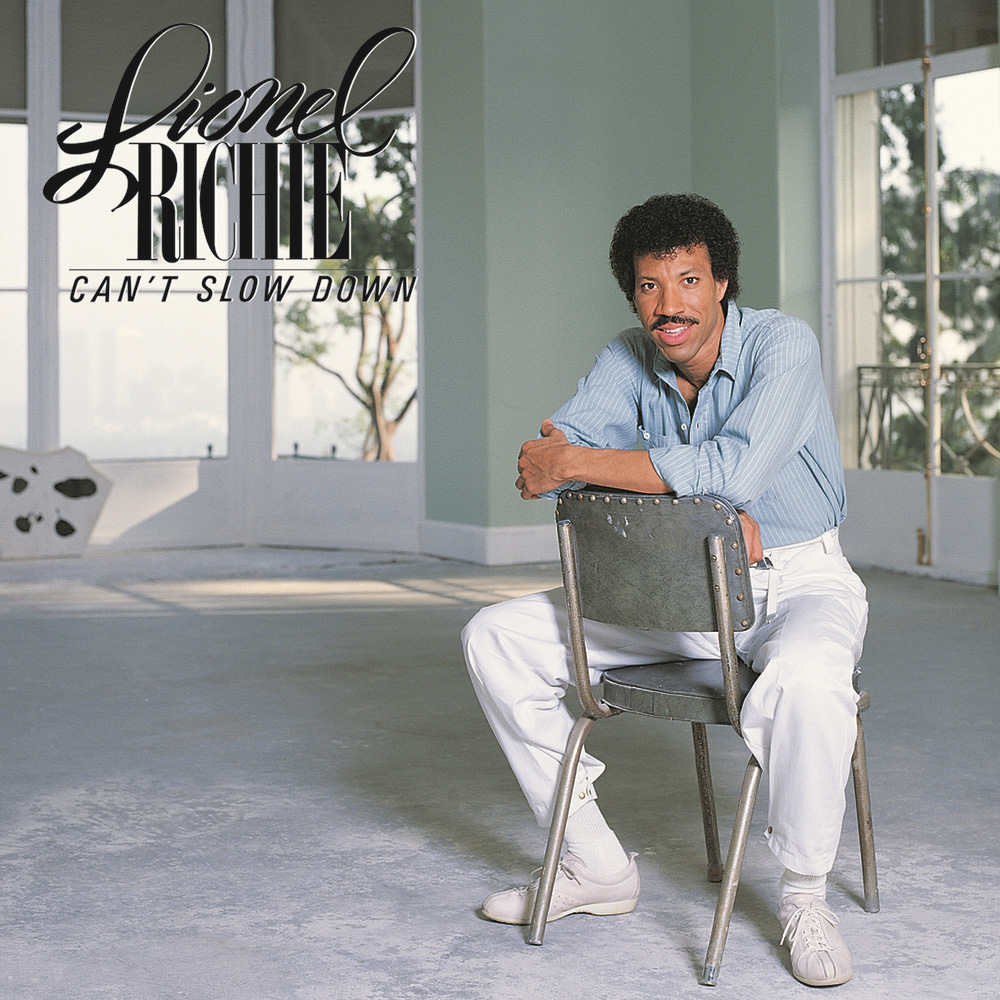 Available in 192 kHz / 24-bit, 96 kHz / 24-bit AIFF, FLAC high resolution audio formats
Billboard 200 - #1, 1983 Billboard Hot 100 - #1, 1984 - Hello Billboard Hot 100 - #1, 1983 - All Night Long (All Night) Grammy Award - Album of the Year, 1985 "He is an ambassador of good will and his across-the-board appeal shows he succeeds ... Can't Slow Down proves he can also get down and boogie, all night long." - Rolling Stone "... this surprisingly solid album bids fair to turn into a mini-Thriller and good for him, it's a real advance. In the years since he became a ballad writer he's learned how to sing them, but the grain of Richie's delivery gives you something to sink your ears into. B+." - The Village Voice Can’t Slow Down, Lionel Richie’s second solo album, turned out to be prophetically titled. It was a monster smash, the most successful studio release of his career and the third biggest album of 1984 in the US. Can’t Slow Down hit number one on album charts in at least seven countries, selling over 20 million copies worldwide and earning Richie a Grammy Award for Album of the Year. All five of the singles taken from Can’t Slow Down were top 10 hits; two singles reached number one in Billboard.
192 kHz / 24-bit, 96 kHz / 24-bit PCM – Uni/Motown Studio Masters