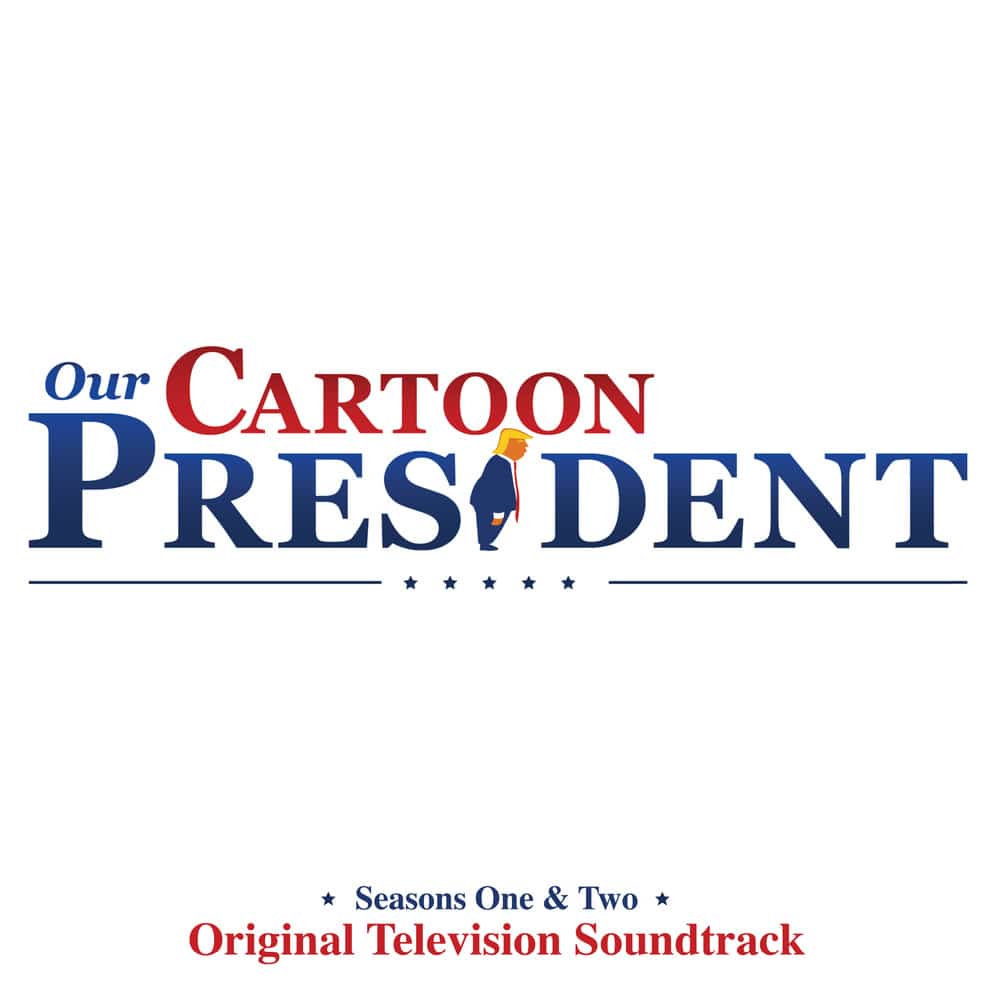 The Original Soundtrack to seasons 1 & 2 of Stephen Colbert's acclaimed satire series, Our Cartoon President. The series is based on a recurring segment from Colbert's late night talk show The Late Show with Stephen Colbert.

A workplace comedy taking place in the White House and other Washington D.C. locations, the show takes a look at the 45th president, his confidants, his family members, members of Congress, and cable-news based newscasters and political commentators.