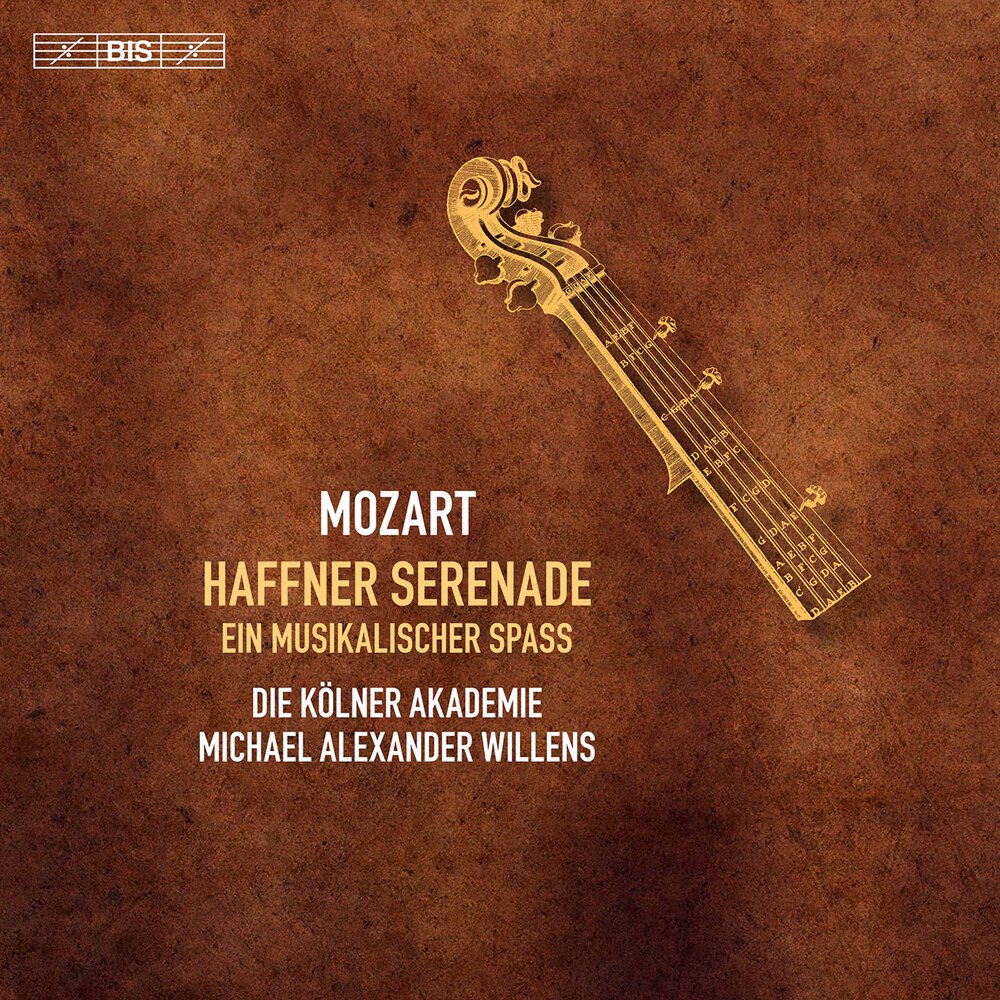 Available in 96 kHz / 24-bit AIFF, FLAC high resolution audio formats
Die Kölner Akademie and Michael Willens have previously recorded Mozart’s complete piano concertos with Ronald Brautigam, earning praise for their fresh and colourful contributions to the series. The team now releases the first of four projected disc with further Mozart scores, beginning with two of the composer’s best-loved serenades. Serenades were a characteristic feature of Salzburg musical life: opening with a march and continuing with as many as eight or nine separate movements on an orchestral scale, such works will have been ringing in Mozart’s ears from childhood. Thirteen serenades of varying scope and scorings are included in Mozart’s catalogue of works, and of these the well-known ‘Posthorn Serenade’ is the ninth. It is also the last serenade that Mozart composed before leaving Salzburg for Vienna. The nickname stems from Mozart’s inclusion of a solo for post horn (‘corno di posta’) in one of the movements, but the wind instruments play an important role throughout the serenade, with extended solos for flute and oboe. In comparison, Eine kleine Nachtmusik – the last serenade Mozart wrote – is for strings only. It is also shorter than many of the other serenades, and was probably intended for a more intimate occasion. Mozart’s own thematic catalogue lists it as having five movements, but as the first minuet and trio (preceding the slow movement) have been lost, only four are typically performed today. In this recording a minuet from Mozart’s very first string quartet in G major, K. 80, is incorporated by way of completion of the five-movement arch.
96 kHz / 24-bit PCM – BIS Records Studio Masters