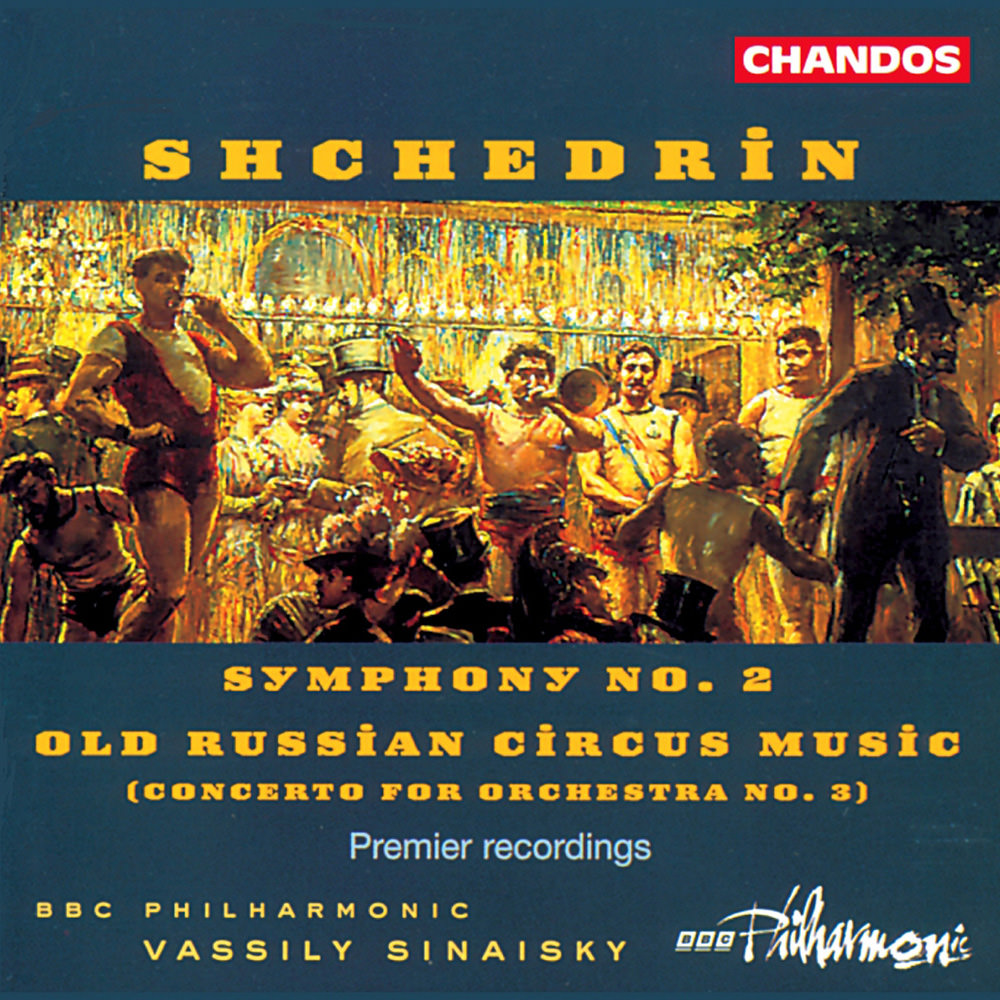 Available in 96 kHz / 24-bit AIFF, FLAC high resolution audio formats
"Four Stars ... the players are old hands at making something memorable of unfamiliar music and there is, throughout, the sense of welcome discovery, with Sinaisky an enthusiastic and dutiful guide." - BBC Music Magazine This 1996 recording from the BBC Philharmonic under Vassily Sinaisky features premiere recordings of two diverse works by contemporary Russian conductor and pianist Rodion Shchedrin. The lighthearted Old Russian Circus Music was commissioned by the Chicago Symphony Orchestra for its 100th anniversary in 1990, while the Symphony No. 2 was considered "daringly modernist" when it was first presented in 1965 and created controversy in the Soviet Union due to its confrontational nature.
96 kHz / 24-bit PCM – Chandos Studio Masters