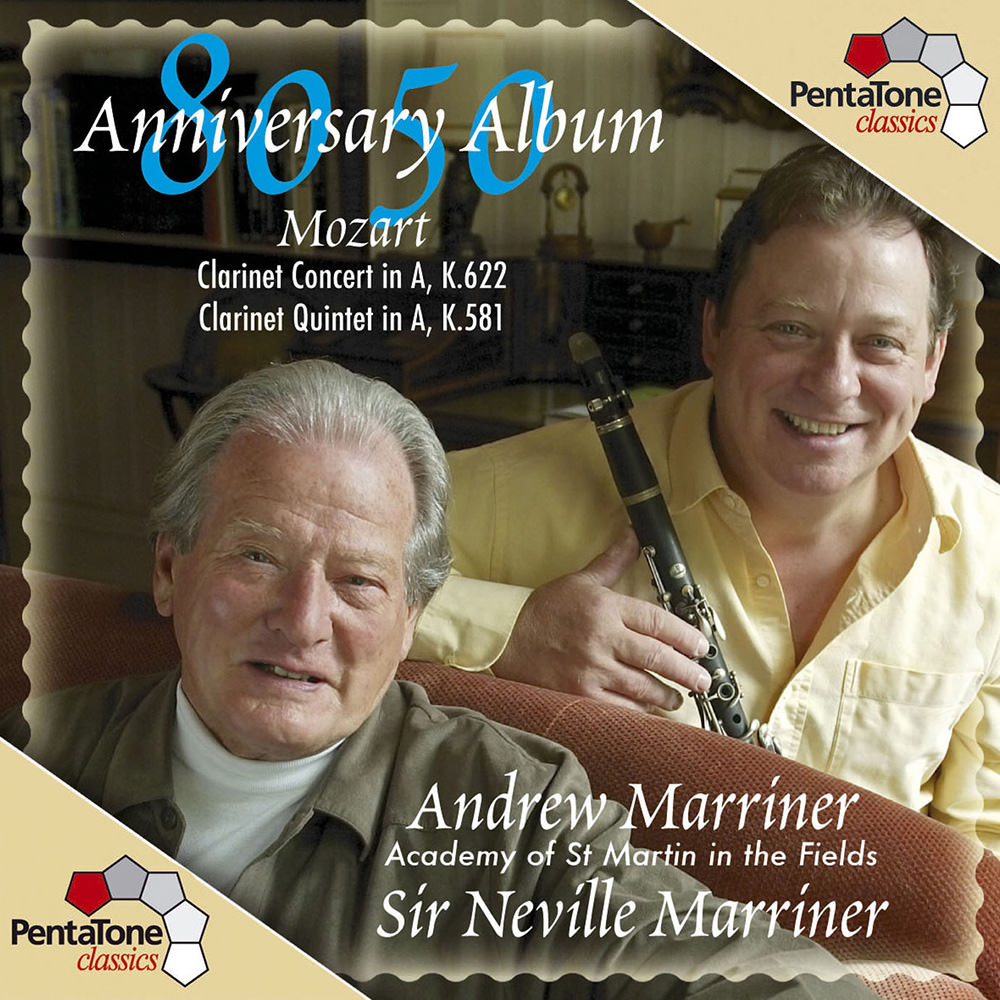 Available in 96 kHz / 24-bit AIFF, FLAC and 2.8224 MHz DSD high resolution audio formats
Sir Neville Marriner leads his orchestra, the Academy of St Martin in the Fields, featuring his son Andrew Marriner as featured clarinet soloist, on these two masterful works for the instrument by Mozart. This is a reissue of an album that originally appeared in 2004.
96 kHz / 24-bit PCM and 2.8224 MHz DSD – PentaTone Studio Masters