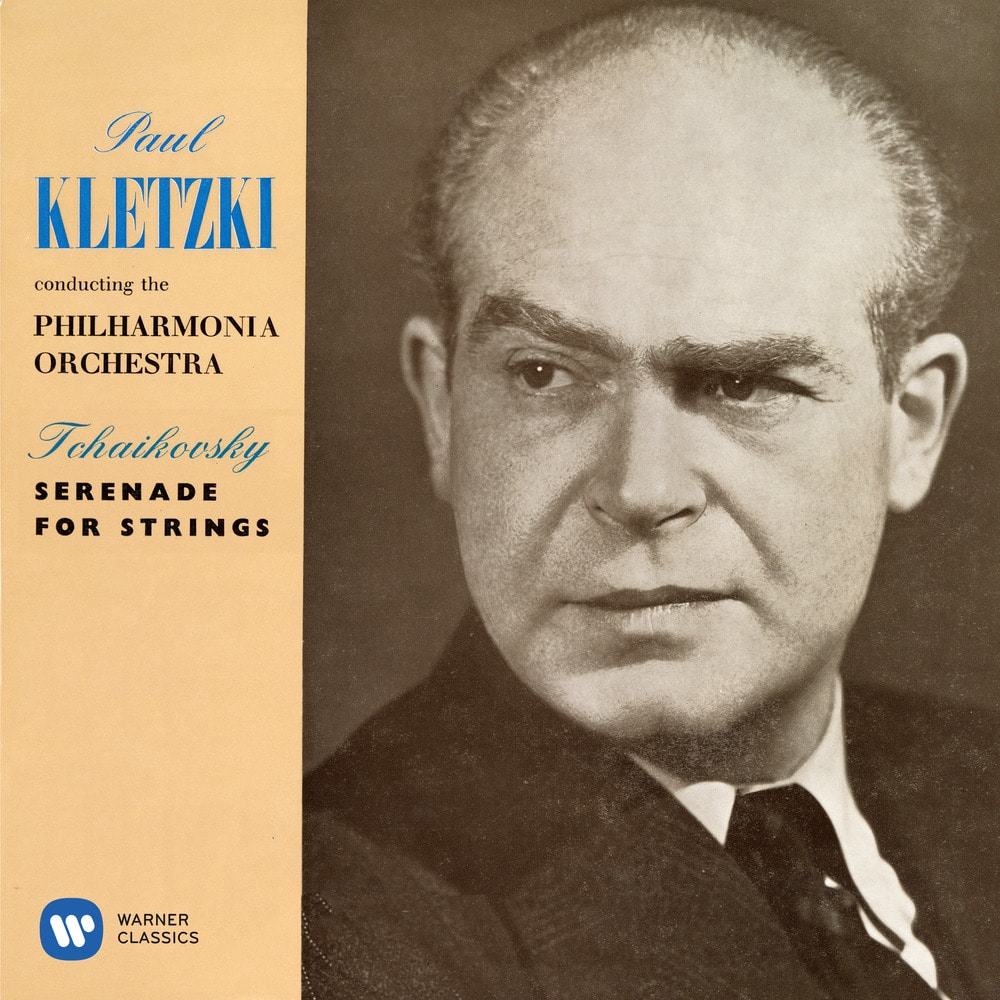 Polish conductor and composer Paul Kletzki leads the Philharmonia Orchestra in this rousing legacy rendition of Tchaikovsky's Serenade for Strings. The piece was composed in 1880 and is written in standard 4-part Serenade form, with fast movements bookending slower and more romantic middle movements. Tchaikovsky intended the first movement to be an imitation of Mozart's style, and it was based on the form of the classical sonatina, with a slow introduction. The second movement, Valse, has become a popular piece in its own right.

Paul Kletzki joined the Łódź Philharmonic at the age of fifteen as a violonist. After serving in the First World War, he studied philosophy at the University of Warsaw before moving to Berlin in 1921 to continue his studies. During the 1920s his compositions were championed by Arturo Toscanini; and Wilhelm Furtwängler, who permitted Kletzki to conduct the Berlin Philharmonic Orchestra in 1925. Because he was Jewish, he left Nazi Germany in 1933 and moved to Milan, Italy, where he taught composition. Due to the anti-semitism of the Italian Fascist regime he moved to the Soviet Union in 1936.

In the post-war years Kletzki was a renowned conductor, especially of Gustav Mahler. In 1954 he was appointed chief conductor of the Liverpool Philharmonic Orchestra.
192 kHz / 24-bit, 96 kHz / 24-bit PCM – Warner Classics Studio Masters