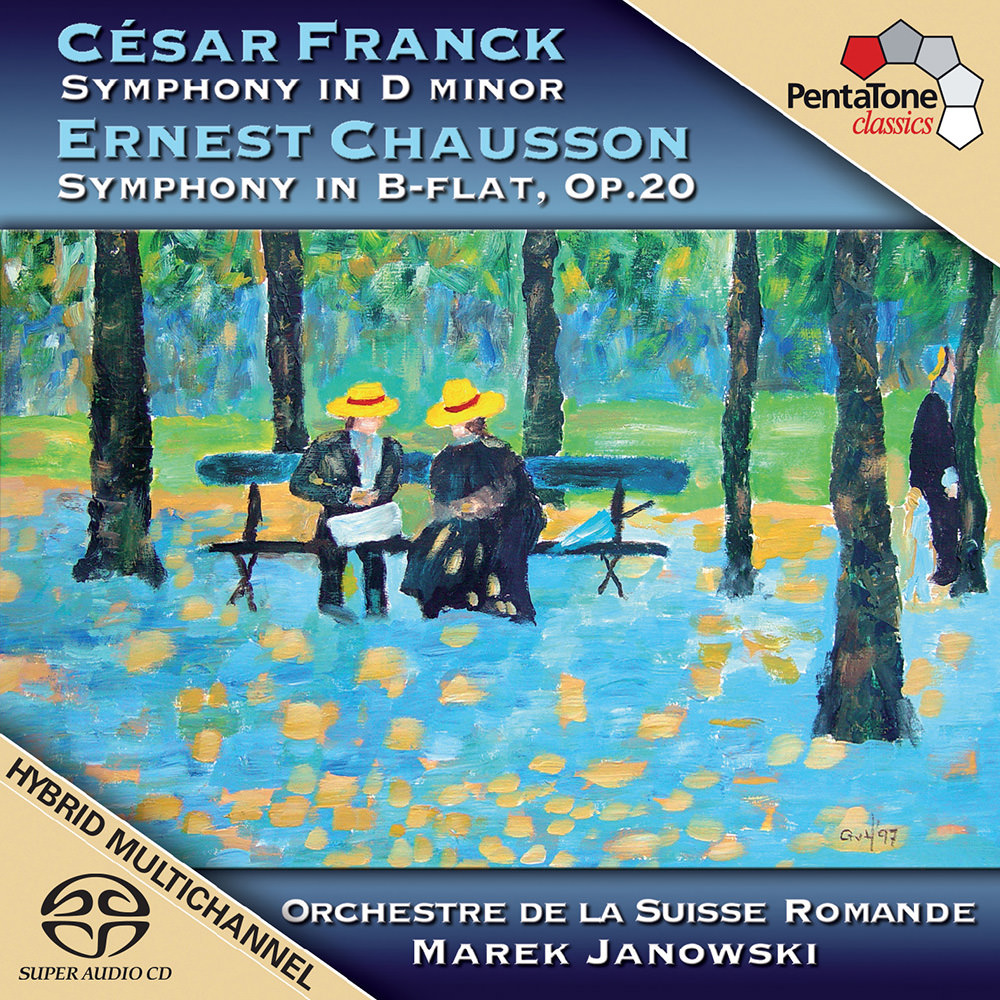 "Orchestral Choice ... Janowski draws on all his operatic experience to make the melodic lines live and sing. Everything has shape and colour ... best of all is the way Janowski responds to the variety of harmonic tension in both works: the more chromatic a chord, the more space he tends to give it without ever obstructing the flow. I have no doubt that the power and refinement of this splendid recording should bring it a wide audience."
- BBC Music Magazine

Marek Janowski and the Orchestre de la Suisse Romande present Ernest Chausson's greatest work, his Symphony in B-Flat Major, coupled with César Franck's most famous piece and his only symphony, the rarely-performed Symphony in D Minor, clearly an influence on Chausson. Both works are captured in typical excellent sound by PentaTone on this 2006 release.
96 kHz / 24-bit PCM and 2.8224 MHz DSD – PentaTone Studio Masters