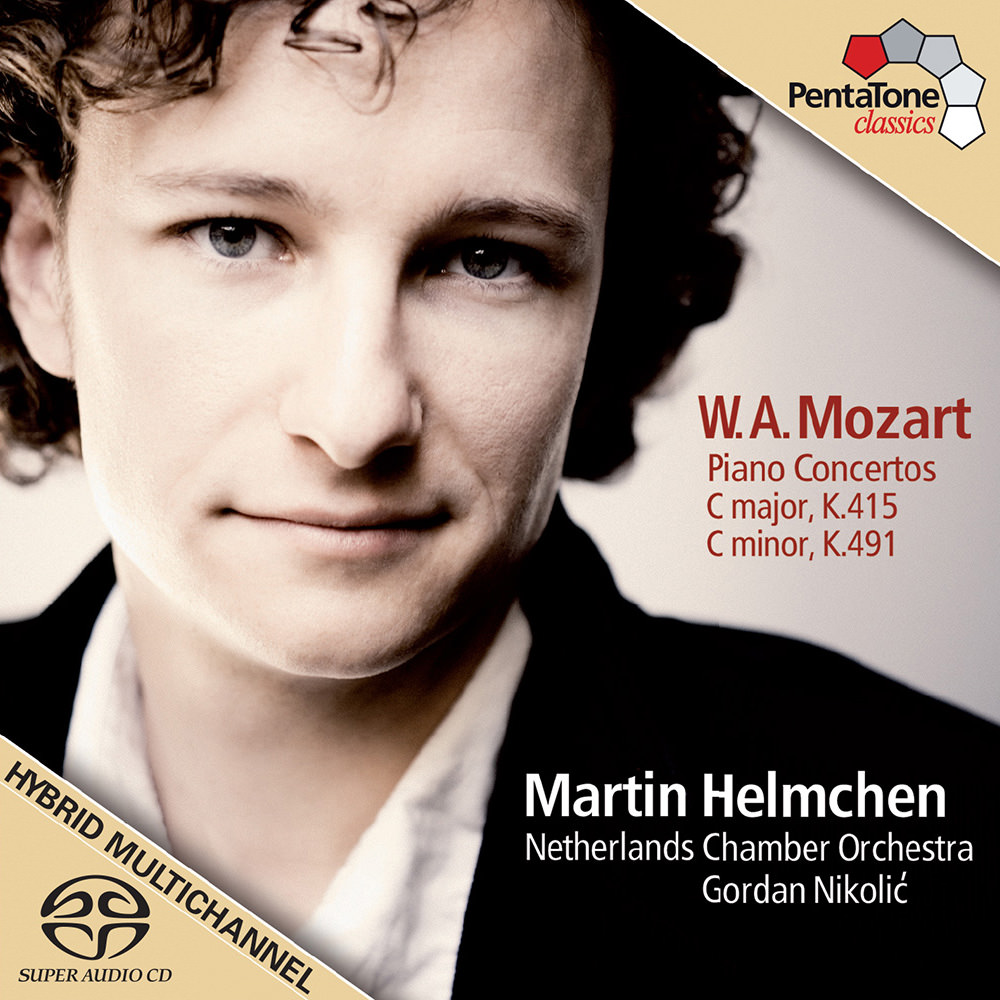 "The sound on this issue is sumptuous; you will not hear finer, more articulate clarity in the orchestra on any other recording that I know of and the piano sounds simply marvellous, clean, bold and rich ... well worth hearing for those just building a collection or those with 5,000 Mozart concerto discs already in their collection. Unreservedly recommended."
- Fanfare

"It was a bold gesture on the part of talented pianist Martin Helmchen to make his recording debut with two of Mozart’s piano concertos ... (his) decision is strongly vindicated by performances that show him to be a highly sensitive performer with a wonderfully limpid piano tone that is almost ideal for Mozart ... there are some beautifully articulated accompaniments, the string tone suitably lean in quality ... a highly promising and beautifully recorded disc."
- BBC Music Magazine

This debut album from acclaimed German pianist Martin Helmchen, recorded when he was only 25 years old, launched his international, award-winning career. He is wonderfully accompanied on these two beloved Mozart concertos by the Netherlands Chamber Orchestra led by Gordan Nikolić.
96 kHz / 24-bit PCM and 2.8224 MHz DSD – PentaTone Studio Masters